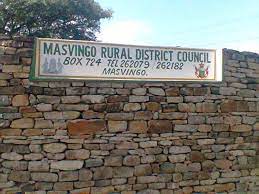 The Zimbabwe National Water Authority (Zinwa) has been battling with pump breakdowns and electrical faults that has left the people of Nemanwa Growth Point going for nearly three weeks without running water.

Residents have been calling upon Masvingo Rural District Council to drill a borehole for them to ease the water crisis, which is exposing them to waterborne diseases since they are now resorting to fetching water from a local stream.

When contacted for comment, Masvingo Rural District Council (RDC) Chief Executive Officer Martin Mubviro said council was equally concerned about the water crisis and in their engagement with ZINWA, the later had said they electric challenges were affecting their pumping capacity.

“We are also concerned about the situation but we have engaged ZINWA and they said their pumps were not broken but electrical faults were a major challenge, ” Mubviro said.

ZINWA spokesperson Marjorie Munyonga said they are working on recovering a new electric motor which was damaged and the water that they had stored is no longer enough for all residents.

“We are trying our best to get a new electric motor as to provide water to the Nemanwa residents. By end of this week residents will be able to get water,” said Munyonga.

A residents group, Nemanwa Residents and Ratepayers Association (NERRA) has submitted a letter of complaints to Masvingo Rural District Council (RDC) citing the unavailability of water which has put residents at risk of waterborne diseases.

The organization wants Masvingo RDC to drill boreholes for residents so that they avoid going to Munzviru stream to fetch water for domestic use.