Are formal institutions the drivers behind Covid-19 waves? 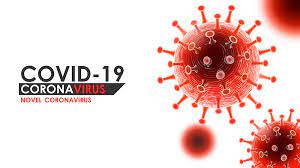 Terrence Ndowora
As the Covid-19 third wave sweeps across the world, the rate of Covid-19 infection in institutions has become worrying, with tertiary institutions becoming hotspots as campuses in the southern region of Zimbabwe having at least one outbreak in a month recently.
Of late, companies and organizations have followed suit, with some being temporarily closed after several staffers tested positive to Covid-19, a pattern that has been recurrent since the pandemic started last year.
Recently, five staffers from the Cotton Company of Zimbabwe (CCZ) in Chiredzi tested positive, followed by a relatively large number of Tongaat Hullets staffers who also tested positive in less than 2 weeks.
Tongaat Hullets, which has nearly 20 000 employees is reported to have recorded 143 positive cases from June 5 to 17, a worrying situation considering that Chiredzi district has been classified as a Covid-19 hotspot for over a month now.
In Masvingo district, Bondolfi and Morgenster Teachers Colleges had outbreaks which were followed by total lockdowns of the institutions, which are located in predominantly rural areas.
In May, less than a week after the first case was detected, Bondolfi Teachers College had already recorded 123 cases, and it has been confirmed that the first case (index case) to test positive to Covid-19 at the institution succumbed to the respiratory disease.
The same happened at Morgenster Teachers College which recorded 84 cases in two weeks and the index case was reported to have been from Kwekwe, where the deadly Indian variant has been detected.
A number of students from Masvingo Polytechnic also tested positive recently, raising fears that with the institution’s proximity to Masvingo urban residential areas, it could be a ticking time bomb.
To alleviate those fears, Masvingo Provincial Medical Director Doctor Amadeus Shamhu confirmed that Masvingo Polytechnic recently recorded a total number of 19 positive cases in just days.
“Masvingo Polytechnic recently recorded three more cases on June 24 and Morgenster Teachers’ College has recorded more new cases. There are now 84 students at the institution which tested positive to the respiratory disease,” Shamhu said recently.
Midlands Provincial Medical Director Doctor Reginald Mhene confirmed that at Midlands State University, 37 students at Midlands State University (MSU) Zvishavane Campus tested positive to Covi-19 on June 28 after 114 tests had been done, and the number had risen to 54 by June 30.
A student at Zvishavane campus who spoke to TellZim News a day after the MSU outbreak said that those who had tested positive were evacuated to Gweru MSU main campus while the rest went home.
While the institution went on to suspend face-to-face lectures, students had already been infected, and those who went home also had the potential to spread the virus.
“Midlands State University wishes to advise all its stakeholders that the university has resolved to suspend face to face lectures at Gweru main campus and Zvishavane campus from Wednesday, June 30 2021 until further notice,” read a statement released by the institution following the outbreak.
In Zaka district in Masvingo, four employees at NRichards Wholesale at Jerera Growth Point tested positive on June 24, which again raises fear of infection in the district as many people frequent the shop.
Masvingo Teachers’ College turned away students on June 28, just a day after arriving at the campus in a move aimed at minimising the spread of Covid-19, but already they had traveled from their respective homes and back.
All these cases, not to mention a lot more others at institutions raise fears that the frequency of outbreaks in institutions keep aggravating the effects of the Covid-19 third wave.
Masvingo Provincial Covid-19 Taskforce spokesperson Rodgers Irimayi said that there are necessary measures put in place to curb the spread of virus at institutions.
“We are working very hard to reduce the spike of the virus in these institutions as we are doing awareness campaigns encouraging people to wear their masks. Those that tested positive are being quarantined and we are also encouraging students aged 18 and above to get vaccinated so as to reduce the risk of contracting the virus,” said Irimayi.
There have been reports of complacency on following Covid-19 protocols at a lot of these institutions, and it may only be a matter of time before most shops, companies and business establishments are closed because the cases keep rising.
A report by some NGOs that are working in Covid-19 response showed that sanitization at entrances at most of these institutions had become casual, and most of those who frequent these places only put on their masks when outside for the fear of being arrested by patrolling police officers.
In Chiredzi, Irimayi said the rising number of cases could be a positive thing as it might be depicting the testing rate but that may be debatable considering how the pattern has become recurrent.
Statistics have shown that informal spaces like markets have not recorded a lot of cases compared to formal institutions, which raises the question on what exactly formal institutions are doing wrong, with growing fears that these infections may be exported outside of these institutions.
On July 2, the Ministry of Higher and Tertiary Education, Innovation, Science and Technology Development sent a circular to all tertiary institutions to suspend face to face lectures, a move which may be a little too late as the infection rate has already shot up.
Share !