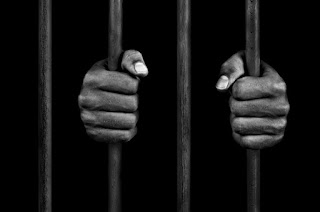 Two Chivhu men who terrorized Masvingo motorists last year stealing car batteries and tyres are going to spend the next 44 months in prison after being convicted of six counts of theft by Masvingo Magistrate Patience Madondo.

Claudias Kufandirimbwa (36) and Edmand Chisago (34) who pleaded guilty to all counts had initially been sentenced to 46 months each but two months were suspended for five years on condition they do not commit a similar offence.

The state case as presented by prosecutor Tarisai Muvengi was that on May 26 2020 at around 4am the duo jumped over a precast perimeter wall where Albert Chaluta parked his Hino Ranger truck and stole a battery.

Christine Mudungwe a security guard with Fawcett Security Company alerted the reaction team after catching the two in the act after which the thieves drove off along Masvingo-Mutare highway and stopped at 15km peg along Roy-Zaka road.

Prince Chikato, also employed by Fawcett followed them and upon arrival the two attempted to attack him with iron bars, at which he retreated back to his car.

On May 29, the two went to Calvin Rope’s homestead at around 0700hours and removed a size 14 wheel from his Toyota Vitz and sold it.

On the same day, the two then went to Econet Zimbabwe Masvingo employee Taona Mabvadya’s place in Runyararo west suburb where they stole his Toyota Platz vehicle’s 12 volt battery and went away at around 11am.

Mabvadya upon noticing that his battery was missing made a report and police investigations led to the recovery of the battery from Joseph Gweru in Chivhu.

On June 3 2020 at around 6am the two accomplices removed Tavona Machaya’s Nissan Sunny 12 volt Suncreate car battery at his house in KMP suburb, and the battery also was recovered at Gweru’s residence.

The following day at around 8pm, the two approached Agent Bhagu’s house and stole two size 14 wheels from his Toyota Funcargo and drove away using a VW Polo.

On June 8 2020 at around 6am Kufandirimbwa and Chisango approached a vehicle belonging to Clever Vhezha employed at Zimbabwe National Road Administration   (ZINARA) Masvingo, smashed the rear quarter glass, opened the door and they stole a car radio and a Radar Rivera size 185/70/14 wheel.

The two were caught in the act at the scene and they fled their VW Polo car but Vhezha managed to take the number plates of the getaway car.

Vhezha filed a report to the police which led to the recovery of the radio which was being repaired by Pardon Chipanga and the wheel was found fixed on the two accomplices’ vehicle.

Police then launched investigations leading to the arrest of the two.