Of Chingwizi 'troubled' camp: Let's not victimise the victim

By Golden Maunganidze
It is natural that people who have been affected by a disaster deserve everyone's help. Although people might want to look for the causes of the disaster in order to prevent similar problems in future, the first thing that people do is to rescue those affected.
However, it becomes very painful when it turns out that some people from certain corners seem to enjoy when others are in problems. Those who follow this column can remember that early this year, I talked about the Tokwe-Mukosi disaster as a man-made problem. Of course some people were angry at me for saying that while others agreed with me.
When President Robert Mugabe declared Tokwe-Mukosi floods a national disaster back then, everyone agreed with the head of state that indeed the disaster which had befallen our friends in Chivi deserved national sympathy. Anyone who saw villagers in Chivi escaping death by a whisker as they ran away from crocodiles early this year would agree with the President that there was need for government intervention in rescuing people who were already drowning in both water and social problems at that time. Thus people from all walks of life agreed with the head of State that Tokwe-Mukosi flooding disaster needed national sympathy and support.
Almost every journalist wanted to go to the area so that they would see for themselves in order to tell Zimbabwe a true story of what was happening in that area. Surely all newspapers, radios and our one and only television station (ZBC-TV) managed to serialise what was happening in Tokwe. NGOs and civic society organisations saw yet another opportunity to plead for more donor funds. It was again another opportunity for some NGOs to be visible and indeed it worked for them as they played their part in  activities in the affected area.
At that time, people who were watching from a distance were truly convinced that the problem was likely to be solved in a very short period.
However, half a year down the line, the story is completely different.
I am sure that the blame game does not benefit the victims but sometimes it is good to investigate and find out if there are no retrogressive elements who are busy extending the tunnel so that we continue to see light at the end of the tunnel that we will  never manage to come out of. Although I have no power to call for a panel of inquiry on how this disaster was being handled, I can say that there are some people who are further victimising the flood victims. 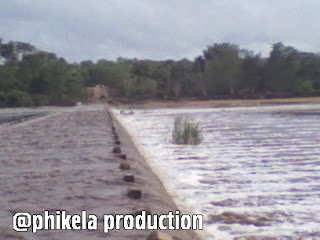 We have heard a lot of believable and unbelievable stories about how the flood victims are being abused at Chingwizi transit camp. We were watching from a distance when we saw responsible government officials trying to privatise this national problem. As time went by, we saw even the media being banned from covering the disaster. Suddenly the area became very private and confidential while going there became an  uphill struggle.  As I see it ladies and gentlemen putting restrictions on media coverage on Chingwizi can only be justified when there are very bad things happening.
We have heard several stories such as food shortages, ministers being chased by angry villagers, lack of sanitary ware for women, children failing to go to school and people refusing one hectare land allocations among others. However, one cannot take it lightly when those in privileged positions loot food donations for the victims. This week, some newspapers carried a story about some police officers being dragged to Chiredzi magistrate courts for stealing donations. When the media first mentioned that some people were stealing donations, those in power were quick to dismiss such reports as malicious. However, as we start to see faces being dragged to courts, we can therefore be forgiven for believing that the media were being kicked out in order for those in strategic positions to loot.
It is also very painful to learn that donors are also winding down their activities at Chingwizi citing that they have exhausted their budgets. We also read that more than 200 cases of STIs were recorded at the transit camp since April. As I see it, disaster is looming at Chingwizi. The government should not take this issue lightly. There is need for government to deal with this problem once and for all. It is high time the government realised that with or without donors, it is its sole duty to ensure the welfare of its citizens. I believe that the flood victims have been victimised for a long time now. As I see it, there is need for quickening the pace in relocating people currently at the Chingwizi transit camp, otherwise everything that we do might further victimise the troubled villagers.