Home » Education » My position on ECD was misunderstood, says Mavima

My position on ECD was misunderstood, says Mavima 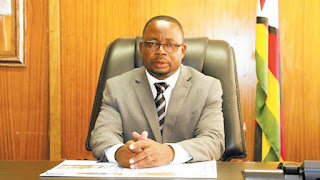 The Minister of Primary and Secondary Education, Professor Paul Mavima has been on the receiving end of the wrath from teachers' unions after it was reported that he had said government was no longer footing the Early Childhood Development (ECD) teachers' salary bill.
He has however come out defending his position which he said was misunderstood by the people.
It was recently reported that Prof Mavima wanted schools offering ECD to pay their teachers themselves as he claimed that the government could no longer afford.
"People have misunderstood the government's position on ECD teachers. We never said the government was surrendering the responsibility of ECD teachers to schools but that the government has halted the recruitment of more such teachers.
"We are in need of more than 6 000 ECD teachers but in the 2018 budget, that is not catered for. That is why we said those schools who feel the need to employ more ECD teachers at their own expense can do so. The government will be taking care only of those who are already in the system," said Prof Mavima.
He said schools will continue to offer ECD both A and B.
"The Finance minister said if the fiscal situation improves, we will then be able to recruit more teachers and pay them. We are currently making an assessment of how many schools have the capacity to employ their own ECD teachers.
"We are still committed to the nine years of primary education," said Prof Mavima.education