Budiriro B College geared for greatness 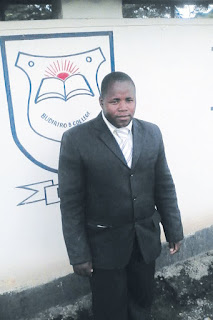 ZVISHAVANE - One of the fastest growing colleges in Zvishavane, Budiriro B College, located in the high density suburb of Maglas, is proud of its record as a school where pupils are shaped to be life's success stories.
The school recorded an impressive 93.64 percent pass rate in the 2017 'A' level results, with top performers being Bright Runhare and Thomas Garakasha both of whom were studying commercial subjects.
Budiriro B College principal, Vandirai Vandirai said the school was consistently working to improve its standing in a community where it takes a lot of effort to earn the confidence of parents.
"Our enrolment is rising and we are impressed by the strides we have made in the relatively short period that we have been in existence. We want to match that with the hard work that is required to keep our brand in the public limelight while giving parents every reason to send their children to Budiriro B College," said Vandirai.
The school has become renowned for helping repeaters who would have failed to score good marks elsewhere.
"We do not discriminate anybody. We accept any pupil who wants a fair opportunity to bring out his/her full academic potential. That approach makes us different from other schools that sets the bar of enrolment too high such that it becomes a form of discrimination against those that are less capable.
"We know that children are not uniformly gifted in terms of their ability to grasp concepts and pass examinations. That is why we have teachers who are prepared to handle pupils with the attention they deserve as individual children," said Vandira
He said the school was developing its facilities so that no pupil is turned away for such reasons as limited capacity. He said Horticulture, Bookkeeping and Computers will soon be introduced.education
Share !