Council owed over $65m in debts 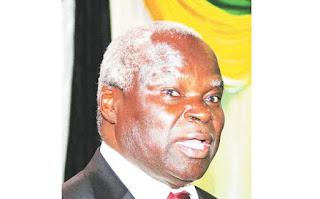 MASVINGO – Various arms of government are responsible for the poor service delivery record in the city because they do not bother paying for the services that they get from council, it has been learnt.
City of Masvingo is owed in excess of US$65 million by various government departments, schools, businesses and residents; an amount huge enough to drastically reduce the service delivery backlog once paid in full.
According to council records, institutional debtors as on December 31, 2017, owed a total of US$22 805 064.
The Zimbabwe National Army (ZNA) leads the pack at a whopping US$11 838 487 while their Zimbabwe Republic Police (ZRP) counterparts trail at US$4 165 157. The Zimbabwe Prisons and Correctional Services (ZPCS) owes US$2 433 596.
The mothballed Cold Storage Commission (CSC) has a US$1 333 263 debt to settle with the local authority.
Low density areas that enjoy largely uninterrupted services, have accrued US$36 131 973 while the majority of high density suburbs, that often get mediocre service delivery, owe US$7 301 843.
Local Government minister July Moyo told TellZim News that nearly every resident had a debt and called upon people to initiate engagements with their local authorities to make payment plans.
"The law is clear. If you accrue a debt, it's your responsibility to approach the council to map a plan on how you can settle the debt.
"We encourage dialogue between the council and its residents before resorting to debt collectors which are legal by the way. If people fail to pay, councils have the right to approach the courts and attach property," said Moyo.
The Ministry of Education provincial offices at Wigley House owe the council US$72 673 while Victoria High School owe US$201 842, Vurombo Primary School US$11 120, Shakashe Primary School US$8 116, Helen McGhie Primary School US$7 462, Dikwindi Primary School US$5 263 and Victoria Primary School US$4 327.
Mayor Hubert Fidze said the city could not have optimum service delivery since people who are using council service like piped water were not paying.
"The city council can deliver to everyone's expectations only if people pay up their rates. The situation we have at the moment is deplorable because most service consumers are not paying at all.
"We keep telling people to approach us and make payment plans but very few come forward. We want dialogue with our residents rather than engaging debt collectors," said Fidze.
He said the army and police have their rates paid through treasury but nothing has been coming through for a very long time.local
Share !