Death at funeral in Bikita 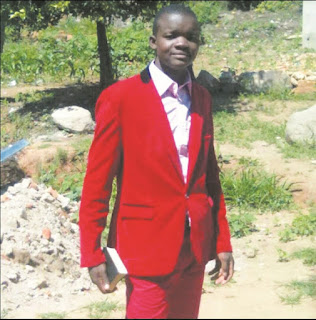 BIKITA - Residents of Kufakunesu village were left shocked and traumatised after a man from the neighbouring Mukomondero village under Chief Mkanganwi tragically died at a funeral of a person who had also died a sudden death.
Masvingo provincial police spokesperson, Inspector Charity Mazula confirmed the incident which happened on January 23.
The deceased, 23-year-old Thomas Chinomwe, was attending Jacob Morton's funeral when he died.
What shocked many people however, is the fact that he passed away while mourning the death of another man who had also died in a car crash three days earlier.
Sources said Chinomwe joined other mourners who went to Gaha mountain to fetch fire wood for use at the funeral.
He reportedly climbed onto a tree to chop firewood but he suddenly started complaining that he was feeling dizzy and running out of breath.
Chinomwe is said to have passed out while still on the tree and subsequently fell on a rock, sustaining deep cuts and deformities on his head.
Insp Mazula advised people to desist from climbing on extreme heights.local
Share !