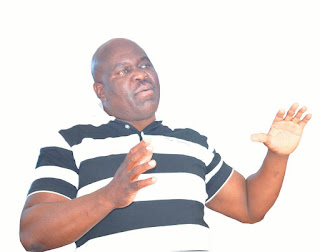 . . . says Chimusana Bridge is his next move

MASVINGO –  If Godard Dunira ever complains of having severe headaches then know it is all because of the housing scheme projects at the remainder of Victoria Ranch which he said should be incorporated by Masvingo City Council.
Dunira who is the chairman of Vashandi Housing Scheme said there are more than 10 000 houses that have been built by low income earners at Victoria Ranch therefore, the suburb should be incorporated into Masvingo city to allow connection of sewer.
He also appealed to government to intervene and build schools and clinics at Victoria Ranch saying residents there walk long distances to seek medical and educational facilities.
"I have been having headaches because of Victoria Ranch. There are no clinics and schools in Victoria Ranch; residents travel long distances to other locations to get these services therefore, I appeal to government to intervene. We also want the suburb to have tarred roads, sewer and clean water and all this can be possible if Victoria Ranch is incorporated into Masvingo city," said Dunira.
Dunira, who is also reported to be eyeing Masvingo Urban constituency under Zanu PF ticket, hinted that Chimusana bridge will be his immediate task. The bridge connects Mucheke high density suburbs with the Central Business District (CBD) and it needs to be widened.
"I know Chimusana bridge is council's responsibility but I think the municipality also needs support from residents. We have Community Development Fund (CDF) which is given to legislators; that money must be channeled towards assisting council on Chimusana bridge," Dunira said.
"The dumpsite should also be moved from where it is as a matter of urgency. Residents in Runyararo West and Victoria Ranch are at risk because of the dumpsite. We also need a pay toilet in the CBD and shopping malls for vendors," he added.top news