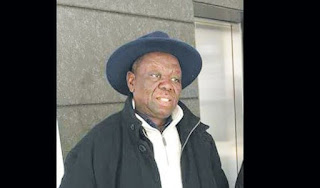 Masvingo - All roads lead to Mamutse Stadium this Sunday where the MDC Alliance, led by acting chairperson Nelson Chamisa, will address their maiden rally in Masvingo province.
MDC-T failed to garner a single seat out of the 26 constituencies in Masvingo province at 2013 harmonised elections and they are hoping to dislodge Zanu PF in the forthcoming elections.
Chamisa said the wheels of change have been set in motion and the people of Masvingo are a very important lot in the governing of the country.
"Masvingo is very important in the politics of the country. We want to assure the people of Masvingo that the time for change has come and victory is certain.
"Masvingo has been our stronghold for all the years and we want to make sure that in the coming elections we take back all the seats," said Chamisa.
Provincial chairperson James Gumbi said preparations for the rally are at an advanced stage and they are expecting over 10 000 people.
"This is going to be a historic rally because we have never organised something of this magnitude before. Masvingo is going to speak through the numbers that will attend the rally.
"We want to make noise so that the whole country will notice that Masvingo believes in the leadership of president Tsvangirai," said Gumbi.
Other coalition partners among them Tendai Biti, Welshman Ncube, Agrippa Mutambara, Jacob Ngarivhume and others are expected to address the rally.
The MDC Alliance will have to battle it out for numbers with Zanu PF in Masvingo province since it is President Emmerson Mnangagwa's stronghold as well. Mnangagwa enjoys a lot of support in Masvingo province.local
Share !