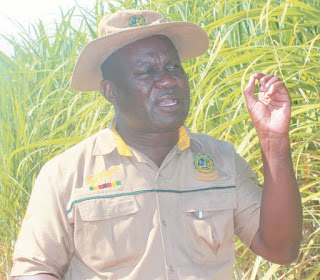 CHIREDZI – Indigenous small-scale sugarcane farmers say there is nothing that should stop them from putting more land under irrigation now that the giant Tokwe Mukosi Dam has been completed.
The farmers urged the government to avail more land for them so that they could increase their contribution to the economy.
Addressing farmers in Mkwasine recently, Zimbabwe Sugarcane Development Association (ZSDA) chairperson Edmore Veterai said government should seriously consider increasing the size of land for small holder farmers to at least 50 ha.
He said when the plots at Tokwe Mukosi are pegged, the new proposed hactarage should be implemented since most out-growers are doing very well even in such areas as Chipiwa where farmers have as little as 15 ha of land.
"The most viable sugarcane hectarage for us is 50. A serious farmer can produce the best results with 50 ha since most out-grower farmers have already shown some remarkable competency with their 15 ha plots.
"We are therefore calling upon the government to consider our request not to peg less than 50 ha for each farmer when they allocate the Tokwe Mukosi plots," said Veterai.
Currently, there are more than 850 out-grower farmers in the Lowveld.local
Share !