Home » Local » We will never return to our haunted home, says Bikita family

We will never return to our haunted home, says Bikita family 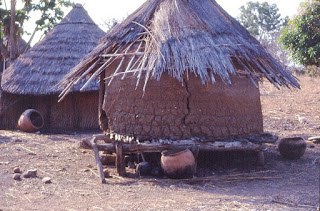 BIKITA – The terrified Musirinofa family, which was recently forced to abandon its home in Murahwa village under Chief Mkanganwi, has said the issue is no laughing matter, vowing to never to move back.
The family, made up of the Koniwayi Musirinofa, his wife and maid, became the talk of the community when their place began to be attacked by mysterious stones.
TellZim News reported a few weeks ago that the stones targeted the elderly Koniwayi who later went on to confess before Headman Murahwa that it was all a result of his responsibility in the death of his daughter back in 2004.
The family has since moved out and taken refuge at Claudius Musirinofa's place in the neighbouring Mukomondero village. Claudius is Koniwayi's son.
The family claims it had suffered the most grim and paranormal torture imaginable for several weeks before deciding to abandon the homestead.
Godfrey Murahwa, who is village head Murahwa, said the stones targeted Koniwayi whenever he moved out of the house or attempted to work in his fields. He said things got out of hand when his maid found a snake in a cupboard which the family believed was connected to the uncanny goings on.
Claudius told TellZim News the stones had now followed his father to his place of refuge although the situation had not yet become as serious as it was at his own home.
"We are only speaking to the media because we are in desperate need of help. This is no laughing matter. We wouldn't be speaking to you right now, we do not like publicity of any kind," Claudius said.
Zimbabwe Traditional Healers Association (Zinatha) Masvingo regional director, Prosper Dohwai said the matter, as he understood it, was the manifestation of a vengeful human spirit (ngozi) fighting a war against the people who wronged the person when he/she was still alive.
"It is wrong for the family to flee its home. Rather, they should seek help immediately. Mushonga wengozi kuripa. We can only help the family if they approach us. We cannot simply go there uninvited because that would amount to witch hunting," said Dohwa.local
Share !