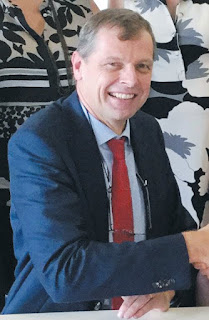 GWERU – The European Union (EU) Ambassador to Zimbabwe, Phillippe Van Damme has warned civic society organisations (CSO) against what he called was a tendency to wait to be spoon-fed by donors without making any initiative of their own towards self-sustenance.
Speaking to representatives of many civic groups during an EU - CSO Roadmap meeting held at Gweru Memorial Library American Corner recently, Van Damme said the EU did not wish to have organisations that work only to please the union but wanted them to formulate good ideas for the benefit of the country.
"Civil society mustn't be dependent. They should have self-sustaining programmes or initiatives that will help the nation to develop outside funding. We also don't encourage people to come here and try to please us instead of generating ideas that have a long term life span.
"We don't want and won't accept a dependent civil society but would accept that which eman-cipates itself from dependency and improve the society," Van Damme said.
He also said the donor community was trying to harmonise funding processes in a bid to redirect funds towards sustainable projects.
"A situation by which one organisation gets funds from different donors for different pro-grammes has also been a challenge when it comes to accountability. I will accept that harmonis-ing donor processes will be hard but donors will try work on that.
"Once this challenge is dealt with, it will help improve CSO technical capacity and deal with in-ternal governance challenges," he added.
Van Damme who also spoke on how the EU was looking forward to a free and fair election, condemning political violence at all levels.
"We know Zimbabwe is currently in a transition and is going for an election under a new admin-istration. It is our hope as the EU that the political landscape is made free and fair before, during and after election.
"We also condemn intra and inter-party political violence at all levels and political parties should really work hard to achieve a violence-free election in few months to come. We have seen what has been happening in the MDC-T and we condemn that," Van Damme said.local
Share !