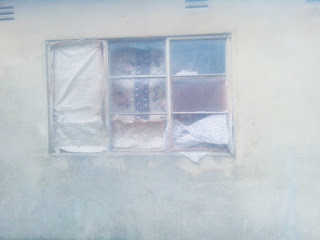 Gutu Rural District Council (RDC) and the National Railway Zimbabwe (NRZ) are engaged in a vicious fight over ownership of 23 largely derelict houses situated in Rubwerumwe residential area in Chatsworth, TellZim News has learnt.
Sources who spoke to TellZim News said Gutu RDC made a resolution sometime in 2016 to sell the houses to tenants who had been renting them for a period of 10 years or more.
"Gutu RDC sold these houses to us but NRZ now claims that the houses belong to them. They have issued us with eviction orders and confiscation of property letters if we fail to pay what they claim to be rental arrears owed to them. We don't know who the legitimate owner is anymore and we don't know who to give the money," a source said.
NRZ recently wrote to occupants of the houses advising them that they must pay up all the money that they owed lest they be evicted.
"Please be advised that you have an outstanding rent arrears amount which is due to this Admin (NRZ). Kindly arrange to remit the amount on or before 28 February, or else we will have no option but to evict you," reads part of one of the letters.
Another source said the occupants were now confused as they were now caught between two rival bosses both of whom were claiming legitimate rights to the money that is owed.
"The houses were built many decades ago by what used to be the Rhodesian Railways and were inherited by NRZ. We don't know how the council got involved to the level of taking ownership of the houses and selling them to tenants. Whatever it is, the deal was bad as evidenced by these quarrels," said the source.
Others said the affected tenants organised a meeting with the two parties sometime back but NRZ representatives failed to show up.
Gutu RDC chief executive officer (CEO) Alexander Mutembwa said the matter needed to be resolved in courts, claiming that the local authority was the legitimate owner.
"The issue needs to be resolved before the courts. Those are our stands but NRZ claims to own them. We have been the owners ever since the amalgamation of 1994 when the Chatsworth RDC was dissolved and merged with Gutu. Occupants are not paying rentals to us and that is where the problem is," Mutembwa said.
NRZ Chatsworth station manager, Elias Jerera confirmed that there was indeed a dispute with Gutu RDC but refused to reveal further details, referring TellZim News to the estates section of their Bulawayo railways office which was unreachable by the time of going to press.
The houses in question are old, with their ablution systems reportedly broken down. The walls are in urgent need of renovation and the roofs are leaky.local
Share !