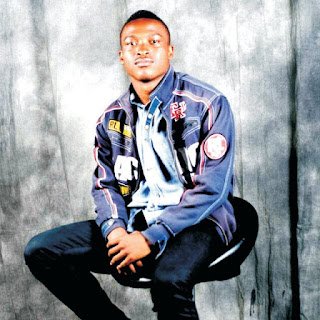 Sleep is an essential requirement for the normal functioning of the human body. Sleep plays an important role in ensuring the wellness of the human body both physically as well as mentally. Though scientists still do not understand how exactly it works, there is a unanimous understanding that we cannot do without it. Newborn infants sleep approximately 70 percent of the day, but that usually declines with age to about six hours per day in adults. It is not just sitting idle in bed for a third of our lives. While we sleep, the body is working; working very hard to prepare us for the next day. Certain hormones essential for growth are released mostly during sleep.
Most of us might say night time is when we do most of our best work and being awake at 8 am is not really their favourite part of the day. A small part of you might wish they did not have to sleep at all but when you do sleep, you definitely do enjoy it.  But the body doesn't really rest when you are sleeping. Have you ever suffered from a headache and then you sleep for some time to wake up with the pain having vanished? This is the effect that a good night's rest has on your body. The need to sleep is one of the strongest biological urges we have and one of the few that we really cannot control. And the fact is mammalian species will actually die from a lack of sleep before they die from thirst or starvation.
It does not take long for the brain and body to feel the effects of sleep deprivation and the problems increase with time.  Just go one night without sleep and your brain quickly starts to crumble, beginning with the amygdale; that part of the brain that prepares the brain for danger. Short term sleep deprivation throws the amygdale into overdrive which, in turn, shuts down the prefrontal cortex, which is the part of the brain that controls logical reasoning among other things. So a single all nighter will put you in a state of panic. When signals bypass the prefrontal cortex, the sleep-deprived brain connects instead to another part that evolutionarily is very old and primitive, the locus cerulos which makes you respond instinctively to stress and panic. Only problem is it can interpret anything as a threat, a swerving car, a bad joke, bright light. This leaves you very anxious and suspicious. The longer you go without sleep the worse things get, memory and speech control are the next to suffer but after several days it gets really weird. General paranoia gives way to increasingly vivid hallucinations (Some theories that this is your brain actually forcing you into a waking sleep).
The big question now is can a lack of sleep actually kill you. The answer to this is YES!!! Sleep is closely tied to immune health. Studies have shown a 50 percent decrease in antibodies in test subjects who were only moderately sleep-deprived for one week exposing them to a host of illnesses. A famous study from the 1980s conducted by Alan Rechtschaffen in which a group of rats deprived of sleep all died within two weeks. The cause as far as the researchers could tell was simply exhaustion. Nothing physically was wrong with the rats.
You probably now want to know how long can you go without sleep. I do not have an exact answer but the longest documented case of a person voluntarily staying awake is of 17-year-old Randy Gardner who in 1965 spent 264 hours which is about 11 days sleep.
Gardner emerged relatively unscathed physically but was described as being cognitively dysfunctional at the end. While awake, he experienced blurred vision and involuntary eye movements.
Rutsate is a second year medical student at UZ. He is a member of the Zimbabwe Medical  Students Association (ZiMSA) and  the current National SCOPH director.local
Share !