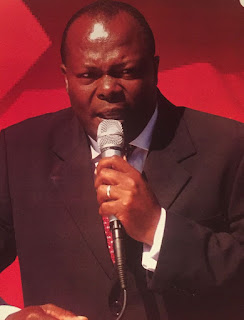 The provincial executive of the opposition MDC-T seems to be not at all bothered by the drub-bing it got in the hands of the ruling Zanu PF party in the 2013 elections as it continues along a self-defeating path of candidates imposition and outright chicanery.
In Masvingo Urban, the party has launched a clandestine operation to get rid of all sitting coun-cillors and replace them with people favoured by a faction of new comers allegedly sponsored by Takanayi Mureyi.
Although the opposition party lost the Masvingo Urban parliamentary seat to Daniel Shumba of Zanu PF, they managed to win control of the council after taking six out of the available 10 wards.
The six councillors have, however, for a long time been consistently subjected to an intense on-slaught, and have been summoned to disciplinary hearings based on what many people saw as factional considerations.
In the past fortnight, the MDC-T Masvingo urban district has been doing a candidate selection process for all the wards. The process saw the removal of all the sitting councillors except one, Babylon Beta of Ward 9.
A list confirmed by district secretary general Faustino Murambatsvina shows that Ward 1; which is in currently held by Zanu PF, has been given to Selina Maridza, Ward 2; which is again in the hands of Zanu PF, will be represented by lawyer Collen Maboke while Ward 3; which has a sit-ting MDC-T councillor and deputy mayor James Chiwara, will be contested by Tarusenga Vhembo.
Ward 4; which has a sitting MDC-T councillor Godfrey Kurauone, will be represented by Prince Chipato and Ward 5; which again has a sitting MDC-T councillor Daniel Mberikunashe, will this time be contested for by Alexio Mufugami.
Ward 6; with a sitting MDC-T councillor and current mayor Hubert Fidze, will be represented by David Chimombe Vasivenyu. Richard Musekiwa's Ward 7 was given to Tafara Masimba while Ward 8; at the moment held by Against Chiteme of Zanu PF, went to lawyer Martin Mureri.
Beta retained his Ward 9 while Ward 10; which is held by Lovemore Mufamba of Zanu PF, will be contested for by Margaret Chakabuda.
"We have finished all the wards and that is the final list. Get in touch with me or the district chair later on for more details," said Murambatsvina when contacted for comment.
However, after an outcry from other party members and supporters over the new candidates who were selected by what has been termed 'consensus', district chairperson Murangamwa Chanyau backtracked and said the names were not final.
"That is just a provisional list and the process continues," said Chanyau.
MDC-T secretary general Douglas Mwonzora issued Circular 1 of 2018 which says the candidate selection process will be done in 'orphaned' wards and constituencies first before it could be done elsewhere.
Orphaned wards and constituencies mean those currently not held by the MDC-T. The circular also says that the district and province have no power to disqualify any aspiring candidates.
"Candidate selection will start in orphaned constituencies and wards. Of those, we first deal with those allocated to the MDC-T in the Alliance interim agreement. Please note that we have not yet opened applications in relation to those wards and constituencies with sitting MPs and council-lors," said Mwonzora.
Many people who spoke to TellZim News feel the sitting councillors have done their work with relative success, and that it would only serve to weaken the party and handover all the wards to Zanu PF if the new crop of candidates are forced upon the electorate.