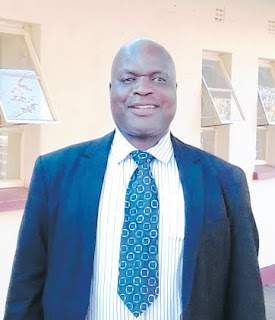 MASVINGO – Some members of the National Association of Secondary School Heads (NASH) in the province are fuming over what they say were controversial elections held during the organ-isation's Annual General Meeting (AGM) at the Civic Centre last week.
The elections were presided over by the organisation's counterpart; the National Association of Primary School Heads (NAPH) and the Zimbabwe Teachers Association (ZIMTA) to choose a new executive.
The process, however, nearly stalled after representatives from some districts raised objections and protested that the nominations were improperly done, leading to the disenfranchisement of many prospective contestants.
Such districts as Masvingo, Chivi, Zaka and Gutu appeared to be totally unhappy, with indica-tions that they were given insufficient time to fill nomination forms and submit their nominees.
The anomaly meant that there was little, if any real opposition to the current executive, led by Cuthbert Chuma of Mwenezi High School, which won back power uncontested.
TellZim News later caught up with Clapos Chauraya of Mapanzure Govt High School, Masvingo district, who admitted that the elections had left many people unsatisfied.
"We were only given three days to collect and fill the nomination forms. It was hard to get offi-cial information on the process so everything was like guess work.
"People feel they have been denied their rights as Nash members to contest in the election. How come the whole board could be elected back into office without any contestation?" Chiuraya quipped.
Emmanuel Chavarika of Zaka blamed the NASH constitution for the anomalies, saying it was silent on many critical areas thus giving people the latitude to act the way they want.
"This is what we have now and we have to go with it. Some people are definitely not happy but the problem is in our constitution which is weak and silent in many respects. That would have to be corrected if there is to be greater consensus and harmony in the future," said Chavarika.
Other heads from Chivi said the nomination process was rigged in favour of the sitting execu-tive and all prospective contestants were shut out of the official communication channels.
"That was not a credible election at all. The nomination process was opened on Wednesday and quickly closed on Friday before some people had even had about it. Our presence at the elec-tions was just used to provide a façade so that it appears everybody was involved when in actu-al fact, the process was exclusionary. It's difficult to see how these guys can claim legitimacy based on such a defective process," said one head.
In his remarks after the elections, Chuma, however, said he was satisfied by how the process was ran.
"We would like to thank you for the support and we appreciate the confidence that you have in us. I can assure you that where there are issues of disgruntlement and we will attend them am-icably," Chuma said.
He later told TellZim News in an interview that in every process of that nature, there is bound to be some disagreements.local
Share !