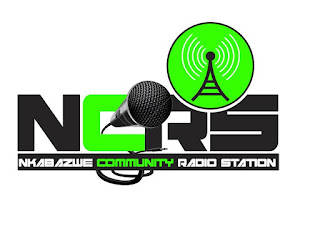 GWERU - Nkabazwe FM last week joined the rest of the world to celebrate the seventh edition of World Radio Day through an event held at Gweru Memorial Library's American Corner.
This year's edition of World Radio Day was held on February 13, 2018 under the theme: Radio and Sports.
All stakeholders in the radio industry including regulatory bodies were invited to celebrate the popular communication medium as well as its contribution to democratic debate through information, entertainment and audience interaction.
Government has consistently ridiculed community radio initiatives and has steadfastly refused to license them.
Community newspapers have, in turn, accused the government of stifling alternative voices by maintaining the monopoly of State broadcaster ZBC and by licensing only private commercial stations with close links to the ruling Zanu PF party.
"Women issues, for example, aren't being well-articulated at community level. We can't all stampede for space on national radio and expect to be accommodated in our millions. We want our own Mai Chisamaba's and Aunt Tilda to broadcast here in Gweru," said Women Coalition of Zimbabwe (Woza) representative, Florence Guzha.
Representatives from the disability community also said their section of the population was being deprived of fair coverage, leading to the perpetuation of stigma and hurtful language through ignorance.
"As people with disabilities, we want our issues to be championed through radio but that is not happening. The scant coverage that we are given is not enough to teach society about disability therefore, many people do not even know the proper language to use when referring to us," said Lizzie Zvenyika from the National Council for the Disabled Persons in Zimbabwe (NCDPZ).
Other people who spoke at the event called for public mobilisation so as to present a unified front against government reluctance to license community radio stations.
"The government must know that we are determined to fight against its suppression of diversity in the broadcasting industry. We want independent community radios that can advance the interests of the diverse communities that make up our nation," said one participant.local
Share !