Home » Local » Our Christian values will take us far: TZ

Our Christian values will take us far: TZ 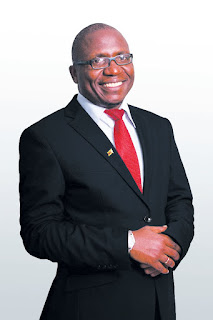 The Jacob Ngarivhume-led Transform Zimbabwe (TZ) has expressed confidence in its capability to tilt the political scales in its favour come the general elections, saying the party's Christian faith roots constituted a competitive edge over rivals.
The party, which is part of the seven-member MDC Alliance, is holding extensive public meetings across the country with the objective of selling its faith-based political philosophy to the electorate.
In Masvingo province, the alliance has reserved the Bikita East constituency – which is Ngarivhume's home area – for TZ to contest.
There are indications though that the party may receive more slots in other areas of the province where it is considered to be the strongest option to defeat Zanu PF candidates.
In Bikita East, the party has fielded Cleophas Muridzo as its parliamentary candidate who will wrestle it out against other candidates outside of the alliance.
Recently, the party held a rally in Zimuto, at Dare in Bikita East and has scheduled another one for Sese in Chivi South.
"We are a party founded on strong Christian values. What this country needs are leaders who fear God because for long, we have been ruled by self-serving people with little or no regard for the word of the Lord. These principles guide all our work and we are convinced that they will take us very far," said TZ Masvingo provincial youth leader, Clayson Chimbidzikai.
He also said the party was working to attract particularly the youth vote in light of statistical revelations from the Zimbabwe Electoral Commission (Zec) showing that the 18 - 34 years age group constitutes 43.5 percent of all registered voters so far, with the rate increasing to over 60 percent for the 18 - 40 years age group.
TZ will hold its elective congress in Harare on March 23 - 24 where other election candidates are likely to be unveiled.
The party has also said it will field 210 parliamentary election candidates countrywide but only for the purposes of shadowing and supporting its partners in constituencies that have been allocated to others under the MDC Alliance's seat-sharing arrangements.local
Share !