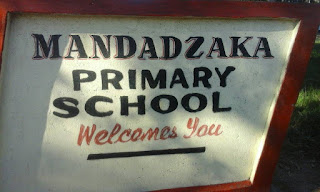 BIKITA - Angry parents on Tuesday stormed Mandadzaka Primary School and took away their children in protest against the district education office's failure to hold accountable a senior school staff member who left the school without atoning for her alleged acts of witchcraft.
On the afternoon of Wednesday, March 07, the school was still closed as parents had withdrawn their children.
Late last year, teachers at the school notified the district education office that they would leave the school en-masse if the female senior staff member was not transferred.
Through concerted pressure from parents and the teachers, the staff member subsequently left the school but teachers at the school say they do not know whether she has been transferred or has quit the job on her own accord.
They however accused the district office of protecting the teacher and letting her go without appearing before headman Mazvimba who had wanted her to confess her alleged paranormal activities that were now affecting fellow members of staff as well as pupils.
A parent who spoke to TellZim News said the school will remain closed for as long as the teacher is not brought back to 'disinitiate' the children she had dragged into dark underworld.
"Many children are behaving weirdly and we know she made them join her satanic cult. The affected children are also spreading the spell to other children. We also have many teachers who are complaining about many paranormal occurrences at the school," said the parent.
Another source said parents and teachers wanted the senior staff member to be brought back and publicly acknowledge what she had done and remove her evil charms from the school.
"The house that she was occupying at the school cannot be given to somebody else because everybody is afraid; it's like a haunted house. We blame education officials for shielding her from accounting for her involvement with the dark arts," said the source.
Mandadzaka primary School head Alexander Masarira refused to comment and referred all questions to his superiors at Nyika growth point but they could not be reached by the time of going to print.
Provincial Education Director (PED) Zedius Chitiga was said to be busy in a meeting when TellZim News went to his office to look for a comment.local
Share !