Home » Health » Smoking: the myths and the facts

Smoking: the myths and the facts 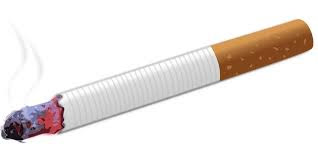 Have you ever noticed that whatever brands you buy, every cigarette pack has a warning sign giving a heads-up to the buyers that smoking is dangerous and hazardous to health?
It is even mandated by the law that they do so, though it may seem to be putting the companies out of business. Smoking has been there throughout the ages; even our ancestors knew about it, some may argue, but so were its effects that saw the demise of many people.
Every human being has a pair of lungs in their chest. These organs act as the interface between the outside environment and the inside part of our bodies. It is in the lungs where the exchange of oxygen; from the atmosphere; and carbon dioxide; from the cells and tissues; occur.
When a person smokes, they take the smoke straight into his/her lungs, just as they do when they breathe in oxygen. The smoke of a regular cigarette of tobacco consists of carbon monoxide, nicotine and tar. Researches, however, show that it contains more than this triad. These pollutants lead to the malfunction of the lungs and the advent of conditions like cancer, chronic obstructive pulmonary disease (COPD) and heart and vascular diseases.
Tafirei is a member of the Zimbabwe Medical Students Association (Zimsa)

The constituents of cigarette smoke increase the risk of the occurrence of cancer of the oesophagus, larynx, mouth, bladder and pancreas, but largely they cause lung cancer. Cancer is generally the uncontrolled division of cells. Smoke pollutants can trigger this uncontrolled division of cells in various tissues. Though smoking is not the sole cause of lung cancer, it has the lion`s share of 85% of the cases.
Chronic Obstructive Pulmonary Disease (COPD)
This is a noncancerous lung condition that is characterised by
1.    Increased production and secretion of mucus by the lung tissue coupled with chronic cough with phlegm
2.    Thickening and narrowing of the airways resulting in obstruction of airflow during breathing out
3.    Destruction of the walls lining the air sacs which adds to the obstruction of airflow, a condition known as emphysema.
Cigarette smoke injures the lung tissue including structures that help to move mucus from the lungs resulting in the clogging of mucus in the lungs causing difficult breathing. In response to the smoke irritants immune cells in the lung tissue secrete some enzymes which, meant to destroy foreign particles, destroy the walls that line the air sacs leading to emphysema.
Cardio-vascular diseases (CVD)
Smoking is a high risk factor to the occurrence of heart disease among other factors like gender, blood pressure and obesity. Cigarette smoke disrupts the normal metabolism of fats and cholesterol in the body. This results in the build-up of fat layers within blood vessels, especially those supplying the heart, narrowing the vessel diameter and hence reducing blood supply to the heart. The smoke can also affect the blood clotting mechanisms of the body resulting in the formation of blood clots that can occlude blood vessels causing cerebro-vascular stroke and other related conditions.
To add the above conditions, cigarette smoking adversely impairs the sexual and reproductive functions in women. The smoke can directly affect the eggs, reduce the motility of the female reproductive tract and can lead to the blockage of the oviducts. Pregnant women are highly discouraged to smoke because it has adverse effects on the outcome of the pregnancy. These include reduced fetal growth, low birth weight, miscarriages and complications during the pregnancy, labour or delivery of the baby.
Marijuana, or mbanje; is an addictive drug and has even worse effects on human health. However, there is a way of reducing, or better off avoiding, these risks. QUIT SMOKING. We will discuss more on the psychological effects of smoking including addiction and ways to quit smoking in the next issue.
REMEMBER, PREVENTION IS BETTER THAN CURE!!!