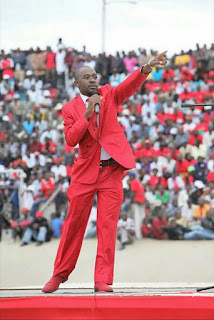 Upenyu Chaota
The reign of terror launched against opposition members in Bikita and Zaka districts by the ruling Zanu PF in the build-up to the 2008 presidential run-off has left the districts so traumatised that participation in opposition politics has almost become taboo.
Several villagers in Zaka and Bikita were brutalised and some were killed as the violence engulfed most parts of the country, with the ruling party desperate to consolidate its then waning grip on power.
Palpable fear still exists in the villagers of the two districts such that the opposition has been finding it difficult to penetrate and convince the electorate into voting for them yet again.
The MDC Alliance led by their presidential candidate, Nelson Chamisa, will tomorrow and Saturday descend on Zaka and Bikita to mobilise the deciding rural vote ahead of the general election expected in July or August.
Tomorrow (Friday, April 13) Chamisa will lead the MDC Alliance team to Bikita where alliance principals will address a rally at Nyika growth point.
The following day, the alliance team takes the campaign to Zaka where a rally is scheduled for Jerera growth point.
MDC Alliance Masvingo provincial chairperson, James Gumbi told TellZim News that huge crowds are expected at the rallies despite the deep trauma that many people there still suffer.
"Zaka and Bikita have been victims of political violence and fear still grips many people hence the reason our president Nelson Chamisa and the MDC Alliance have decided to come and address the people.
"People no longer have to fear anyone because gone are the days when violence was used as a tool for political coercion," said Gumbi.
He said the team on the ground had been working full time to try and mobilise the people to attend the rallies and be blessed by the 'people's president'.
"President Chamisa will address a rally at Nyika growth point on Friday and on Saturday will address a rally in Zaka at Jerera growth points.
"Our team has been on the ground mobilising masses to come and demystify the fears that the people have. The rallies are going to be massive. We know the importance of the rural vote and that is what we are targeting," said Gumbi.top story