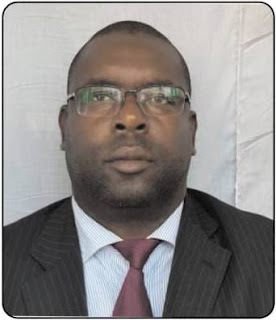 Prominent businessman and academic, Clemance Chiduwa (pictured), has taken Zaka East by surprise as he has emerged to be one of the favourite candidates despite his late entry onto the campaign trail.
Chiduwa is becoming more popular everyday as the people in the constituency are slowly but surely falling in love with his policies.
The aspiring Member of Parliament (MP) has become a role model for many young people in Zaka after he managed to establish a successful business at a tender age which has branches in many African countries.
Chiduwa is the founder and owner of the Institute for Capacity Development (ICD) which has branches in Zimbabwe, Namibia, South Africa, Lesotho, Rwanda and South Sudan among other African countries.
The organisation focuses on economic development.
Apart from running successful businesses, Chiduwa worked in various universities across Africa including Midlands State University (MSU) where he taught economics.
He once worked as a lead consultant for Namibia Airports Company (NAC). He also consulted for the National Treasury South Africa. He has also worked for as Writeshop Capacity Development Expert for UN – Habitat, African Union and African Development Bank.
If he manages to beat his contestants on Sunday, Chiduwa may become the first highly qualified Zanu PF candidate for Zaka East constituency.politics
Share !