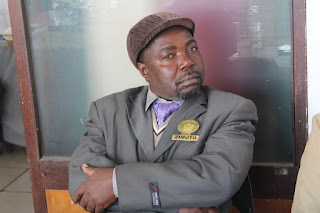 Clever Taperamoyo
ZIMUTO - Chief Zimuto, born Tione Gono, has said there was a worrying increase in cases involving witchcraft being reported at the traditional courts in his area.
The traditional leader said contrary to the old narrative that Zaka was the hotbed of witchcraft, Zimuto too was becoming notorious for the evil art.
He told TellZim News that the traditional leadership was worried by such issues because they negatively impact on the wellbeing of communities.
"We are noticing a rise in witchcraft cases but what surprises us is that we don`t have provisions that deal directly with cases of witchcraft in our constitution. We are therefore appealing to our government to put provisions that will assist us to curb these problems.
"We are also seeing a sad increase in the number of young couples divorcing. Young people should respect the marriage institution and husbands must support their wives emotionally and economically," Chief Zimuto said.
He said the amendment of the Witchcraft Suppression Act would be a culmination of years of intense engagement for the acknowledgement of the existence of witchcraft which successive colonial governments refused to recognise.
The chief argued that since most Zimbabweans believed witchcraft existed and viewed it as a serious crime, courts of law should therefore be empowered to impose stiff sentences on identified witches and wizards.
He lamented the demands for hard evidence that modern legislation require for one to be convicted of witchcraft.
He said it was difficult, if not impossible, to provide evidence of the tools that are used to perform witchcraft since the practice belonged more to the spiritual than physical realm.
He also bemoaned the damage that the diaspora movement had done on families, with many families now broken.
"We receive many reports of men who take other people's wives because their own husbands have been outside the country for a long time. It is very worrisome," said Chief Zimuto.local