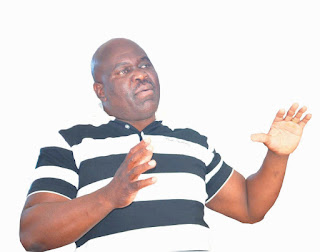 Zanu PF Masvingo Urban MP apparent, Godhati Dunira says he is the right candidate for the seat as he has a proven track record of empowering the generality of residents through his many initiatives especially in the housing sector.
Dunira, who drove the development of Victoria Ranch through Vashandi Housing Cooperative, is convinced Masvingo is a sleeping giant that should be helped to rise.
"Masvingo is a sleeping giant; it needs leaders who are constantly in touch with the grassroots so as to map out strategies for sustainable development.
"I have been working with people for a long time as a leader but some of our projects took time to establish because we lacked power. I look forward to people giving me a bigger political responsibility so that I will be able to champion more of their needs," said Dunira.
He said it was high time authorities install a sewer system in Victoria Ranch so as to improve hygiene in the sprawling suburb.
Dunira said he is in a better position than anybody else to set a new developmental tone for the city as he has already demonstrated immense capability in his leadership of Vashandi.
"As many as 30 000 people got employed or benefitted directly or indirectly when we implemented the housing cooperative. Think of the hundreds of artisans working there, thousands of tons of materials we purchased from local hardwares every months, thousands of dollars' worth of groceries bought in town every day and the several downstream manufacturing industries that were stimulated in as faraway places as Bulawayo," said Dunira.
HE pledged to do more for the people of Masvingo whom he said have never known a hands-on, active MP for a long time.
"I am here to serve, to champion the needs of our people in parliament. We need policies that make housing more affordable, policies that make our SMEs thrive," Dunira said.local
Share !