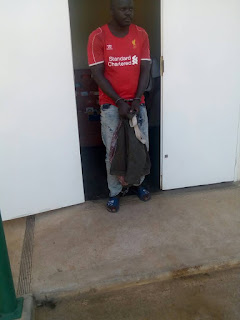 Cephas Shava
MWENEZI - A 29-years-old man, who is said to be an employee of the Zimbabwe Amalgamation Housing Association (Zaha) in Chiredzi was recently arrested after he allegedly shot dead his wife in the presence of his in-laws.
James Ngorima, of House Number 5568 Njerere Street Hillside, was not formally charged when he appeared before magistrate Honest Musiiwa but was remanded in custody pending trial.
The State is expected to allege that on April 01, Ngorima and his now deceased wife Lucia Sumaili had a dispute.
Sensing grave danger, Sumaili then fled and sought refuge at her parents' rural home in Nduna village under Chief Madzivire, Chivi district.
Armed with a pistol, Ngorima followed Sumaili where his in-laws tried help the couple reach common ground but the suspect would have none of it.
In the presence of his wife's relatives, the accused produced an FN pistol and allegedly shot his wife once on the forehead, above the right eye and she instantly died. A police report was made leading to Ngorima's arrest.
The State is also expected to bolster its case by producing evidence that Ngorima, who is an ex-convict, has another pending case of theft of firearm in Triangle.local