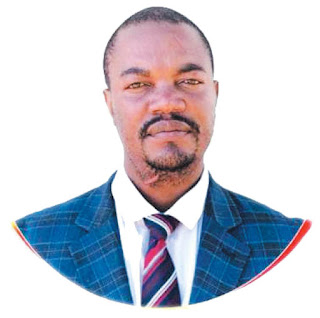 ZVISHAVANE – Aspiring Member of Parliament for Zvishavane-Ngezi, Dumezweni Mahwite Mpofu (pictured) has rebuffed rumours that his campaign was being funded by former first lady Grace Mugabe's flamboyant son, Russel Goreraza.
"Who is Russell, I don't even know that person. How can he bankroll me when I stay here in Zvishavane and he stays in Harare? I am a businessman so why should I look for sponsorship from somewhere? This is just coming from my political rivals who just want to tarnish my image ahead of the primary elections," said Mpofu
Mpofu will lock horns with deputy secretary for youth and politburo member Lewis Matutu, Kefas Maunganidze, little known Susan Sibanda and incumbent MP John Holder in the primaries slated for April 29.
There, however, have been widespread talk that the businessman was friends with Goreraza.
"Most people here now know where his money is coming from and how he intends to destabilise the party. Above all, Dumi doesn't have any history in the party yet he has been given the go ahead to contest," a party insider told TellZim News.
Others also said Mpofu intended to join Ambrose Mutinhiri's National Patrotic Front (NPF) should he lose the primaries.
When contacted for comment, Goreraza claimed he did not even know who Mpofu was.
"I do not know anyone called Dumi or anyone with a campaign of any sort," Goreraza responded on WhatsApp.politics
Share !