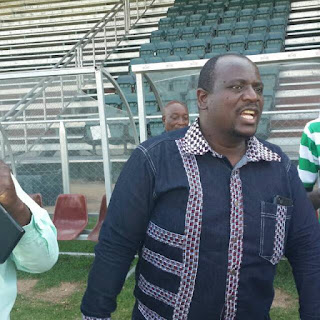 Moses Ziyambi
There is no love lost between current Zanu PF Masvingo Urban Ward 10 councillor, Lovemore Mufamba and the party's youth league member, Sengerai Manyanga who wants to take over the council seat.
Mufamba accuses Manyanga of playing dirty politics, saying he suspects the provincial youth league secretary for administration abused his position at the party's provincial electoral directorate (PED) to tamper with his (Mufamba's) CV so that he does not make it to the primaries.
Manyanga has, however, denied the claims saying Mufamba was simply afraid of losing a position 'which he no longer deserves'.
"There is nothing like that. His CV was received as everybody else's, and everything was recorded. Recommendations were sent to Harare and we are waiting for the directive on who is and who is not going to the primaries.
"I have openly expressed my interest for Ward 10. I am definitely going to council and I will work hard for the people because that is what I am good at. We need a school in Morningside so that children living there do not walk all the way to Shakashe Primary as is happening now. What has Mufamba done for Ward 10?
"When I get into council, I will provide servant leadership. Currently, councillors and managers are going to expensive places like Victoria Falls for simple meetings at the expense of the ratepayer. Why not utilise our own offices or even the DA's boardroom for such meetings?" Manyanga said. 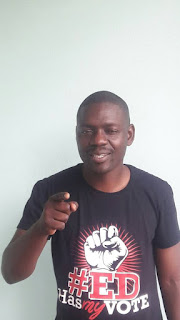 Sengerai Manyanga
TellZim News, however, saw a WhatsApp message purportedly sent by Manyanga in one WhatsApp group which reads, 'Ndakuda mari ndikuda kuita Councillor kuWard 10 ndakatendegwa. Mufamba rejected.'
On his part, Mufamba said he believes he will retain his position if he is given a fair chance to contest.
"We are all committed Zanu PF members but then, for somebody to go around confidently saying he is now the party's new candidate as I have already been disqualified when no such thing has officially been communicated to me, leaves a lot to be desired. He sits on the PED so there is good reason to believe my papers could have been tampered with based on what he is telling the people," said Mufamba.
After being elected councillor in 2013 Mufamba initiated many projects including the installation of 2 x 5 000 litre tanks at 4.1 barracks to cushion residents against perennial water shortages. He installed a submersible pump and 32 metres of piping. He is also cleared a four-hectare piece of land and donated irrigation pipes to the community.
Elsewhere, he bought five other water tanks of the same capacity for the communities of Headquarters 4 Infantry Brigade, 4.3 Reserve Force, Zimuto ZRP camp, Sewerage Works and the Ministry of Transport compound.
"I have managed to convince council to donate a piece of land on which I intend to build a clinic for the Clipsham and Morningside communities which I intend to donate to government upon completion," said Mufamba.politics