Home » Politics » We need a different calibre of MPs for Gweru, says Chikohora

We need a different calibre of MPs for Gweru, says Chikohora 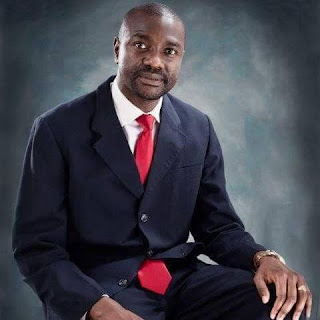 Siyabonga Sayi
GWERU – Aspiring Gweru Urban parliamentary candidate, Trust Chikohora has accused all previous MPs of failing to put the city on the map, saying this time around, it should be a different case as residents have become wiser and will therefore choose a representative who can help bring industry back home.
Speaking to TellZim News, the Standards Association of Zimbabwe (SAZ) board chairperson and former Common Market for East and Southern Africa (Comesa) business council secretary general said the current MP for Gweru Urban, Sessel Zvidzai, of the MDCT, was not doing a shoddy job.
"It's sad to say that the MPs who are supposed to raise issues of concern about Gweru in parliament say nothing at all when they are there. Gweru is not even known because we do not have an active representative in parliament. Lawyers here in Gweru do not even know the MP for Gweru Urban, Chikohora said.
Chikohora, who has no political experience but rides on his decorated accounting and economist career, will contest on a Renewal Democrats of Zimbabwe (RDZ) ticket.
"That is what I am coming to correct, when elected into office I will put Gweru on the map. I want to hold ministers to account on issues to do with development in the city and also connect with the outside world to bring business and investment to Gweru.
"I have worked with business people locally and internationally so I have a lot of connections that will enable me to attract investment to Gweru," Chikohora said.
He criticised local MPs for poor performance, saying there was no justification at all to the fact that no Gweru legislator chaired any parliamentary portfolio committee.
"I have the capacity to chair any parliamentary portfolio committee and that would not benefit me as an individual, but will be to the advantage of Gweru as a city," said Chikohora.
He said he wished to address such developmental issues as infrastructure deficiencies and rampant unemployment.
According to the Hansard publication, Zvidzai has not said anything in parliament this year.politics