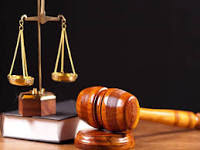 Rutendo Chitore
GWERU - Tendai Makavi, of Number 5 Section 6 in Mtapa, recently smashed her three-months-old baby against a wall after the magistrate ordered her to be mentally examined to make certain if she is fit to stand trial.
Makavi smashed the baby against the wall upon dismal from court despite being accompanied by two police officers.
The baby was admitted at Gweru Provincial Hospital after sustaining severe bodily injuries.
Makavi had appeared before Gweru magistrate Vimbai Makora facing theft charges and was remanded in custody to March 29 and ordered to be examined by a psychiatrist because she had behaved in suspicious way.
It is the State's case that on March 18, Makavi stole some goods from Pick n Pay supermarket in Gweru and hid them inside a towel she was using to carry her baby.
She was intercepted by an alert security guard when she was about to leave the supermarket.
The guard searched her and the stolen goods were found.
Makavi was taken to the police station where she told the police she stole because of the tablets she was taking. court.