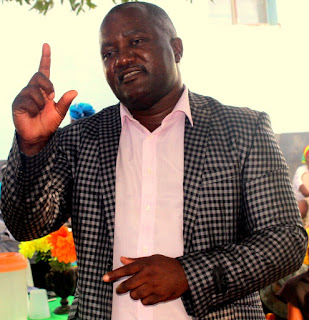 ZAKA – Many Zanu PF members in Zaka East constituency boycotted the party's primary elections last Sunday in protest against the absence of their preferred candidate on the ballot paper.
Sources said no votes were cast at stations like Mbengwa, Dodius, Chitora, Benzi and Chenhaka after people noticed that one of the candidates, Clemence Chiduwa was not on the ballot paper.
"People came and refused to vote after noticing that only two candidates appeared on the ballot paper. They said they would not vote because the candidate they wanted was not there," said a source.
Others accused Zaka North MP Robson Mavenyengwa of having a hand in the omission of Chiduwa's name so that his alleged favourite candidates; Ringisai Gumbwanda and Nyasha Gavaza could have it all by themselves.
It was also learnt that only the Zibwowa and Chipfunde polling stations had recorded some activity, with only 40 people reportedly voting at Chipfunde.
"Only Zibwowa polling station had some smooth voting activity. More than 700 people turned out at Chipfunde but only 40 managed to cast their votes. Those were Gumbwanda's people but all the other people refused to vote. Mavenyengwa has a hand in the whole mess," said another source.
When contacted for comment, Mavenyengwa rubbished his alleged involvement in the Zaka East problems, saying those absent on ballot paper were disqualified by proper party procedures.
"Chiduwa is bitter like any other candidate who failed to make it. I am not involved and have no power to remove anybody from the ballot paper. If he has complaints, he knows where to go and if he doesn't, it means he is not mature in Zanu PF," said Mavenyengwa
At Rudhanda polling station in Zaka West, it was reported that there were some complaints as Ophias Murambiwa popularly known as Maga Maga's name was not clearly legible on the ballot paper.
Voting started very late at Vanyoro in Ward 23 in the same constituency and a number of people went back home before voting owing to delays in the process.
While some polling stations continued the voting exercise on Monday, others like Vanyoro had no polling officers.
In Mashava, Ward 5 Masvingo West, there were also unconfirmed reports of disruptions at Gaths Mine polling station where voting started very late, with some women reportedly demonstrating at the station.
Zanu PF Masvingo provincial chairperson, Ezra Chadzamira was not picking calls for comment.politics