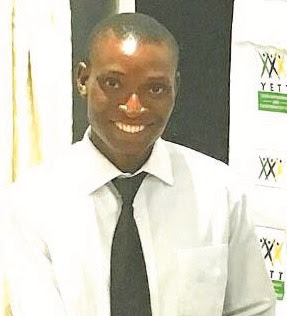 Moses Ziyambi
Staff Reporter
TellZim News newspaper, the fastest growing regional newspaper in Zimbabwe is now running a sister publication in Manicaland titled iTell News.
The new publication will be covering all districts of Manicaland province, parts of Mashonaland East as well as south eastern parts of Masvingo province.
TellZim News editor, Passmore Kuzipa said the move was meant to amplify ordinary people's voices whose concerns are often ignored by decision makers due to lack of enough publicity.
Having run TellZim News for three successful years, Kuzipa said the management saw it fit to extent the same privilege to people from the eastern region of the country.
"This is part of our expansion drive. We have realised that the people in the eastern parts of Zimbabwe rely mainly on one voice for local news and there was need to come in and help the local people to speak for themselves.
"Information is a critical tool for development and we believe that iTell News was the very missing link to many people in Manicaland and bordering provinces. I have no doubt that our capable staff will be able to deliver and the people of Mutare will have something to smile about.
"Just like how we have invaded and conquered the Masvingo market, we are not going to Mutare to play, it's a serious business. We will be there to stay," said Kuzipa.
Mutare Mayor Tatenda Nhamarare welcomed the development and thanked TellZim News for remembering the people of Mutare.
"I am excited about this development. We liked reading TellZim News and now I am even thrilled that you have created a unique package for us. The people of Mutare shall be forever grateful and I promise that our municipality is going to give you maximum support," said Nhamarare.
Kuzipa announced that Moses Ziyambi will be the editor of iTell News. Ziyambi is a holder of a first class Hons degree in Media and Cultural Studies from Great Zimbabwe University (GZU).top news
Share !