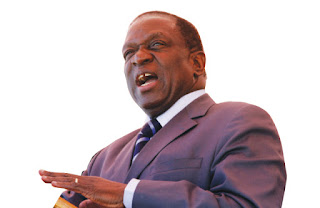 Beatific Gumbwanda
CHIREDZI - In an act of unprofessionalism and overzealousness, a member of the dreaded Central Intelligence Organisation (CIO) allegedly harassed accredited European Union (EU) election observers who are in Chiredzi district, Masvingo province for a pre-election ground scanning.
This week, a CIO operative identified as Innocent Ncube is alleged to have harassed two EU observers; Christophe Menou from France and Fridarike Santner from Austria who are in Chiredzi district on an observer mission ahead of elections slated for July 30.
It is alleged that Ncube interrogated Menou and Santner, forced them to surrender their passports and EU badges that he then photocopied before handing them back.
Though the matter was not reported to the police, Santner confirmed the development to TellZim News and said she had since communicated with the EU Ambassador to Zimbabwe, Philippe Van Damme over the matter.
"Yes, we got harassed and we have since lodged our complaint with our office. You can get in touch with the ambassador he will furnish you with more details," said Santner.
Efforts to get comment from Van Damme were, however, fruitless by the time of going to print.
President Emmerson Mnangagwa is on record encouraging international election observers to come and observe the upcoming elections, saying the new government had nothing to hide.
Although Ncube himself could not be reached for comment but the District Intelligence Officer for Chiredzi, Joseph Urimbo tried to water down the allegations saying that was not the way the organisation operated and hastened to say he was yet to receive that complaint.
"What I know is that our officer was invited to a Joint Operations Command (JOC) meeting and the meeting went on smoothly.  If that incident happened after the meeting, I wouldn't know because we have not received any complaint at our offices. However, I still need to confirm but that is not the way we operate," said Urimbo.
Opposition political parties have in the past castigated the often arrogant and sometimes wayward behaviour of some CIO operatives, saying their record of intimidation was a bane for free, fair and credible elections.top news