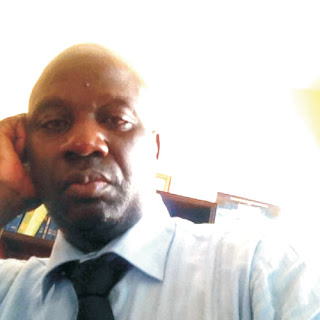 MASVINGO – MDC-T Masvingo provincial chairperson James Gumbi threw the whole province into quandary on Sunday night when he announced his resignation citing pressure of work but national organising secretary Amos Chibaya refused to accept the resignation letter saying he has to finish his term pending the 2019 congress.
Many had questioned Gumbi's timing of resignation with some viewing the move as 'good riddance'.
"Due to pressure of work, I have decided to step down as MDC-T Masvingo provincial chairperson and tomorrow (Monday) will officially hand in my letter of resignation to the president. I want to thank you all for the support since 2014 to date," wrote Gumbi.
Gumbi has been well known for standing his ground against donating parliamentary seats to MDC Alliance partners in Masvingo province and has been accused of candidate imposition in the party's primary elections.
Gumbi has on many occasions defied authority and at some point Chamisa was forced to clip his wings when he declared 'over his dead body' would other alliance partners get constituencies they are emotionally connected to.
MDC-T provincial secretary for information and publicity Dusty Zivhave said Gumbi remains the provincial chairperson until his term of offices expires next year.
"The national organising secretary Amos Chibaya responsible for party structures has refused to accept the resignation letter from chairman Gumbi as such he remains in his position as the chairperson till next congress," said Zivhave.
One member who had rejoiced at the resignation said Gumbi had destroyed the province and bragged about it taking no advice from anyone.
"After he destroyed the party in the province, I have no kind words for him. He ruined our structures by imposition of candidates, removing performers, rigging and he was so boastful. My heart bleeds for Tsvangirai honestly," said one party member on condition of anonymity.politics
Share !