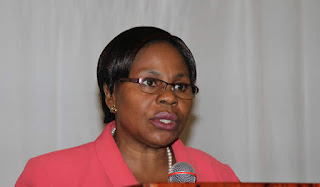 Rusape - Minister of State for Manicaland Provincial Affairs Monica Mutsvangwa on Monday handed over Wakefield Farm to the Ministry of Higher and Tertiary Education for the construction of the Manicaland State University School of Agriculture and Engineering.
Mutsvangwa said Manicaland had waited for long to have a state university and they have made the first step in the right direction to make sure that the university is constructed.
The university will apply the multi campus model and other campuses will be dotted around the province in places such as Nyanga, Chipinge and Rusape with the main campus in Vumba.
"We have lobbied for a long time for us to have a state university for our people and it seems the time has come. This multi campus university will ensure that university education is accessible to our people here in Manicaland.
"We have already identified land for other campuses and the construction is expected to start once all the logistical preparations are in place," said Mutsvangwa.
Minister of Higher and Tertiary Education Professor Amon Murwira applauded the role played by Mutsvangwa in facilitating the land for the construction of the state university.
Murwira said the ministry aims at providing an educational system that exposes the potential in people through innovation.
"Universities should be a place of hope.  Here in Makoni, agriculture is practiced at par excellence hence the establishment of the school of Agriculture and Engineering," said Murwira.agriculture
Share !