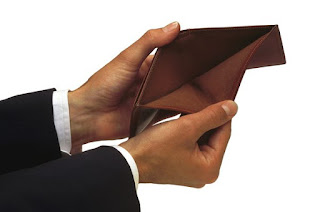 President Emmerson Mnangagwa's call for people to embrace a more cashless economy while delivering his speech at Mucheke Stadium disappointed many people who are putting up with bank queues every day to get as little as US$30, TellZim News has found.
Delivering his speech before a massive crowd drawn from all corners of Masvingo province last week, Mnangagwa said developed countries have found a way of doing away with cash transactions and adopted a cashless society where plastic money takes centre stage.
"Developed countries have become cashless where there is little use for cash but swiping. We are currently engaging the Reserve Bank of Zimbabwe to introduce Point of Sale (POS) machines across the country so that all people will be able to swipe.
"We are working on that so that all the people even those in rural areas would be able to swipe. Only 10 percent of transactions would require cash. As the economy improves, the availability of cash will improve as well but at the moment, we must go where developing countries are going and not where they are coming from," said Mnangagwa.
He, however, failed to acknowledge the fact that though developed countries might be using electronic payment methods a lot, there is no cash shortages in the banks for those who want it.
Earlier this year, Mnangagwa reportedly turned down his salary brought to his offices in a money bag, saying he would rather join the queue like everybody else than be given special treatment.
Surprisingly, Mnangagwa used a crispy US$20 bill when he performed a public stunt by joining a queue at a Chicken Inn outlet in Chegutu, bought some food and tipped the cashier.
Banks no longer dispense US dollar bills but only bond notes and coins.local