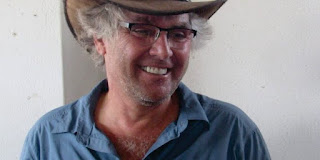 MWENEZI – Controversial businessman, Billy Rautenbach, owner of Zimbabwe Bio Energy (ZBE) who had been in a joint venture with Nuanetsi Ranch Limited but is now embroiled in a legal battle after he allegedly terminated the contract arbitrarily, is said to be wantonly seizing the ranch's assets.
Stakeholders are accusing the mogul of sabotage, looting and making unilateral decisions without the consent Nuanetsi Ranch Board.
Last Friday Rautenbach's men are said to have violently seized a car belonging to Nuanetsi Ranch Chief Executive Officer (CEO) Charles Madonko.
Speaking to TellZim News while making a police report at Mwenezi Police Station, Madonko said Rautenbach was the problem preventing meaningful development at the ranch.
"Billy sent his men while I was away and forcefully took a vehicle belonging to Nuanetsi Ranch. He has continued to take the law into his own hands. Last month, he also violently seized another car that was being used by Chairman Mhlanga," said Madonko.
TellZim News saw a letter written by Nuanetsi Ranch chairperson, Dr Liberty Mhlanga to Zanu PF spokesperson, Simon Khaya Moyo, complaining about the cancellation of the joint venture as well as Rautenbach's conduct.
"We have taken Billy to High Court to seek his urgent eviction because he is looting Nuanetsi Ranch's cattle and wildlife without consulting my managing Director whom he should be working with on the Ranch …. he has continued to loot and destroy the Ranch. I am not sure where his power is from," reads part of the letter, which is dated April 04, 2018.
Through ZBE, Rautenbach, who has always been known to enjoy the protection of senior Zanu PF officials, has vast game ranching interest in Mwenezi but the company is dogged by many allegations of abuse of workers, arbitrary dismissals and non-payment of salaries.
Nuanetsi Ranch Limited is a trust property formed by the late Vice President, Dr Joshua Nkomo circa 1987.
The more than 308 000 hectare ranch is centred on cattle and wildlife management, and it stretches from Bubi River to Triangle.local
Share !