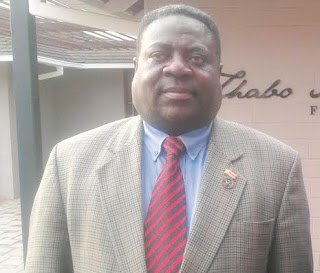 ZAKA – Zanu PF national political commissar Engelbert Rugeje Zanu PF met his match in Zaka East when he was publicly humiliated and accused of imposing candidates during a consultation meeting at Zibwowa, in Ward 20, over the weekend.
Rugeje, who had barred party members from asking questions soon after the consultation meeting, was opposed by one of the party supporters, Samere 'Majavha' Makusha, who stood up and told him to his face that the candidate (Ringisai Gumbwanda) they imposed will not stand a chance in the forthcoming general elections slated for July 30.
Before Makusha could sit down, five men who were reported to be Rugeje's aides attacked him, slapping him on the face before dragging him to a nearby anthill where they thoroughly bashed him. Along the way, Makusha said one of the attackers allegedly produced a gun and hit him on the back.
"I stood up and told PC Rugeje that Zanu PF risks losing Zaka East because the leadership was imposing a candidate who is not popular at the grassroots. A candidate who is popular was disqualified under unclear circumstances, while the other one's name was omitted on the ballot paper.  As I was speaking, I was surrounded by five men, two in front and one of them slapped me twice on the cheek.
"They dragged me to a place behind an anthill while the other guy kept on hitting me with the butt of the gun. They tried, but in vain, to push me to the ground and some party supporters intervened and rescued me. My leg was injured during the attack," said Makusha.
When contacted for comment, Rugeje watered down everything saying the consultations went on well at all the six places they visited.
"I addressed six meetings, they all went well and I never heard or see anyone being attacked. We told them to support the candidate who won the primary elections," said Rugeje.
More supporters who spoke to this publication, however, accused Rugeje of dictatorial tendencies saying the national commissar wants to apply force and command on the electorate.
Some party members did not vote during primary elections and they wanted a re-run but Rugeje allegedly told them that they should forget and smile, saying Gumbwanda was the candidate for Zaka East.
This caused some disgruntled party members to threaten a 'bhora musango', claiming the party was taking them for granted.
"In every election, the leadership imposes candidates on us and this time we are saying enough is enough. If they do not allow us to choose a candidate of our own choice, then we are going to vote for an opposition or independent candidate," said one disgruntled supporter.
Some people said Talent Chivange was their preferred candidate but was disqualified for his alleged previous links to the G40 faction.
After Chivange was removed from the race, many party supporters turned to Clemence Chiduwa whose name, however, was mysteriously omitted from the ballot paper, forcing people to choose between Gumbwanda and Nyasha Gavaza.