Home » Politics » 2018 elections: People with disabilities who registered as candidates

2018 elections: People with disabilities who registered as candidates 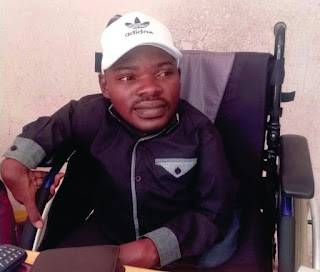 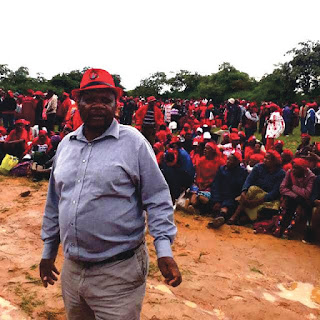 MASVINGO - Three people with disabilities last week successfully filed their papers with the nomination court to contest in the upcoming elections, raising hopes that the disability community will have a greater voice in issues of governance.
Henry Chivhanga will contest for the Chivi Central parliamentary seat on the MDC Alliance ticket. He will have to beat five other competitors; Ephraim Gwanongodza of Zanu PF, Esau Menganai of NCA, Joseph Chijaka of MDC-T (Khupe), Brighton Sharara (PRC) and Cleopas Mbangure of ZIPP for him to make it to parliament.
Chivhanga has worked with the disability community for a long time and his commitment to a friendlier public space for people with disabilities can be seen in the work he has done as leader of the Disability Amalgamation Community Trust (Dact).
There is Mucharairwa Mugidho who is the alliance's women's quota proportional representation candidate for Masvingo.
Rasphine Gudo is representing the coalition as a senatorial candidate for Manicaland province while Dennis Mudzingwa is a candidate in the Midlands.
In Masvingo Urban Ward 5, Vengai Kurunzirwa will contest against such candidates as Daniel Mberikunashe of MDC Alliance, Wanzai Chimwayi of Zanu PF and Admire Mufamba of People's Rainbow Coalition (PRC).
Kurunzirwa has a remarkable record working to improve the conditions of people with disabilities, and has made a mark himself as an articulate speaker during the course of the Young Voices community project.
The community project was meant to improve awareness and understanding of disability issues especially among traditional leaders and other influential community leaders.
In Ward 7, sight-impaired Jori is contesting as an independent candidate against Richard Musekiwa of the MDC Alliance, Talent Majoni of Zanu PF and others.
Asked what he wanted to achieve by running for political office, Kurunzirwa said it was time for change, pledging to champion disability, youth and women's issues in council.
"People with disabilities need a fairer representation in council so that their issues can be articulated better. We need public places and buildings that are friendlier to us and that can only be achieved if we give it attention right from the planning phase. Corrective measures have to be made on all existing public buildings and other infrastructure so that their use is not discriminatory.
"I however do not intend to be a councillor for one particular group alone, but would work for the good of all the residents. The vendor policy needs to be revised so that we don't chase around our parents who are trying to make a living on the streets without providing a suitable alternative market place for them," said Kurunzirwa.
When asked about his own personal thoughts on the increased interest to seek political office by people with disabilities, Chivhanga said the new trend was encouraging.
"For the first time, there is a clear demonstration and evidence of the willingness to mainstream persons with disability into politics in the MDC Alliance. It was difficult to reach where we are so we congratulate our coalition for this feat and, as the disability fraternity, we are really encouraged by that gesture.
"I urge the people of Zimbabwe to support people with disabilities in the elections. They have the merit, skills and capacity to deliver," said Chivhanga.
Disability activist, Nasper Manyau said she hoped all candidates with disabilities will win so that they will be in a better position to drive change.
"We have a long way to go. The government must domesticate the United Nations Convention on the Rights of Persons with Disabilities if we are to have the kind of fair opportunity and representation that is desired. There is need to urgently meet the President so that we engage each other on the importance of these issues," said Manyau.politics
Share !