Home » Politics » Bikita East ours for the taking, says NCA

Bikita East ours for the taking, says NCA 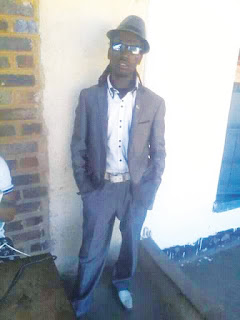 BIKITA - The People of Bikita East are wise, and they will not be hoodwinked into voting for political parties with little regard for development and constitutionalism, National Constitutional Assembly (NCA) parliamentary candidate, Ernest Rambe has said.
He said his party was the favourite to win the seat which had been held by Zanu PF's Kennedy Matimba before his death in April this year.
Rambe said he was basing his campaign on constitutionalism and community development, issues that he claimed were lacking in the circles of his competitors.
"We are a party that is founded on the roots of constitutionalism as a sure means to development. The people of Bikita East know that they have lived on empty promises for as long as one can bother to remember. That is coming to an end with an NCA victory in this coming election," said Vambe.
He said if elected MP, he would work for access to safe drinking water by cleaning up boreholes and drilling new ones. Other projects he promised to undertake are road rehabilitation as well as youth and women empowerment.
"I will work well with the people as guided by the party. NCA believes that if a people-driven constitution is enacted and if all the laws of the land are respected, development and human progress would follow. That is the message we will take to parliament while working with people in the constituency to develop their areas. We want to do projects that last, and not give people handouts that cannot sustain them in the long term," said Vambe.
Other people who are contesting for the Bikita East parliamentary seat are Bonface Mudzingwa (MDC Alliance, Jacob Ngarivhume (MDC Alliance) and Johnson Madhuku (Zanu PF).
In Bikita South, NCA's Denis Ziki is contesting against a host of other candidates that including Jeppy Jaboon (MDC Alliance), Charles Nyajena (Independent) and Josiah Sithole (Zanu PF).
In Bikita West, the party fielded Madock Chivasa to contest against Kudakwashe Bhadharai (MDC Alliance), Benjamin Katema (MDC-T) and Elias Musakwa (Zanu PF).
Share !