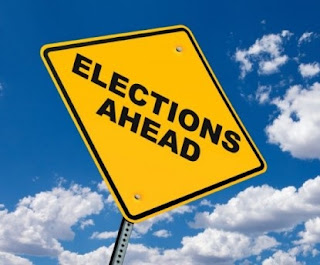 BIKITA - Centre for Gender and Community Development in Zimbabwe (CGCZ) last week gave the people of Bikita a platform to discuss their expectations and fears as the country approaches the July 30 elections.
Held at Bikita Minerals Hall, Bikita West constituency, the forum ran under the theme, 'What are the Youth and Women's Expectations?'
Zanu PF Bikita West parliamentary candidate; Elias Musakwa, MDC-T's Bench Katema and MDC Alliance's Kudakwashe Bhadharai did not turn up despite both of them having promised to be there.
Bhadharai, however, sent Trust Zinyama to be his representative at the meeting where villagers pleaded for security and peace in the elections.
"This area has seen too much violence starting in 2000. People have suffered a lot and we don't want a repeat of that. Let the peace we have now be there even after the elections and rival let political leaders find one another," said one woman.
Another female participant said she prayed that whoever wins led with humility, with the loser accepting the results.
"We just need security in our communities. Those who will win must work to develop our communities without disrespecting competitors. There are many problems we face every day and we cannot afford more problems," she said.
On his part, Zinyama said the MDC Alliance candidate, Bhadharai was also working to ensure that the elections are held in an environment without fear.
"We are for peace and we are looking for votes in a peaceful way. We understand the horrors of violence that people in this area suffered in the past so we hope our colleagues will also continue campaigning for peace," said Zinyama.
Bikita West suffered horrendous political violence in the run-up to the 2001 parliamentary by-elections as well as in the run-up to the 2008 presidential election run-off.local
Share !