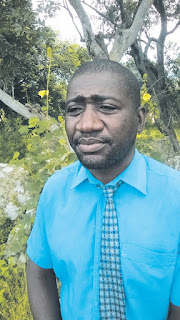 Free Zimbabwe Congress (FZC) aspiring Member of Parliamant for Mwenezi East, Turner Mhango has threatened to approach rights lawyers, alleging he was being persecuted by government which wants him to resign from his job.
Mhango said he recently received a notification that he must resign his job as a teacher at Masogwe Primary School.
Permanent secretary in the Ministry of Primary and Secondary Education, Dr Sylvia Utete-Masango was recently quoted as saying all teachers who successfully filed their nomination papers to contest in the upcoming elections must resign.
She said the Constitution barred civil servants from being office bearers in any political party and assuming any political positions.
Mhango, however, is having none of it, claiming he is being targeted for his divergent political views as an opposition candidate.
"The ministry is forcing me to resign for being a candidate for FreeZim Congress in Mwenezi East. That is a violation of my constitutional rights as a citizen and I will approach human rights lawyers and go to court if needs be," said Mhango.
He said he had not heard about other candidates in similar circumstances being subjected to the same conditions, adding that he had already communicated his plight to peace and rights advocacy group, Heal Zimbabwe.
"We were not told of that condition and the demand for me to resign came as a shock. As a citizen, don't I have both political and economic rights? Must I lose my job because I have exercised my political rights to seek public office?" queried Mhango.
Last year, Mhango contested in the Mwenezi East parliamentary by-election following the death of MP Joshua Moyo.
He said it was Heal Zimbabwe that came and mediated, thereby helping him to keep his job after some people had demanded that he resign.
Many civil servants are understood to have successfully filed their nomination papers as candidates mainly of the ruling Zanu PF party.
In Masvingo province Pamushana High School head, Johnson Madhuku and Danhamombe High School head Josiah Sithole are also Zanu PF parliamentary candidates for Bikita East and Bikita South respectively.politics
Share !