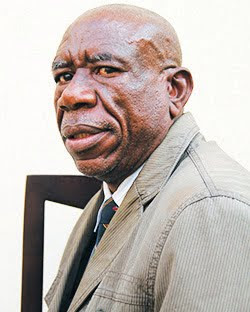 CHIREDZI - Zanu PF Chiredzi South legislator, Rtd Brig Gen Kallisto Gwanetsa, who is also seeking re-election in the July 30 harmonised polls has said plans are already in place for the Chikombedzi Mission Hospital which has been experiencing water challenges over the years to get supply from an aquifer some eight kilometres away in Mwenezi River.
The project is set to benefit not only the hospital but the whole Chikombedzi growth point.
Chikombedzi hospital used to get water from Chikombedzi dam but it has since dried up owing to the erratic rainfall patterns and siltation.
Gwanetsa and a former doctor at Chikombedzi Mission Hospital, Dr Fura, who is now based in Zambia are spearheading the project.
Gwanetsa said he has consulted various stakeholders including the Zimbabwe Electricity Transmission and Distribution Company (ZETDC) to provide electricity for a pump house which is eight kilometres from the hospital.
"I have engaged ZETDC so that they will put an eight kilometre power line from Chikombedzi to the aquifer in Mwenezi River to back up our pumps. Aquifer water is the purest water you can get and it does not need any treatment.
"We want the hospital and the growth point at large to benefit from this project," said Gwanetsa.
"Dr Fura is assisting in the project. The community is ready for trenching and Zinwa for the piping," said Gwanetsa.
Chikombedzi Mission Hospital serves a vast community in Chiredzi South which stretches to as far as Limpopo River.politics
Share !