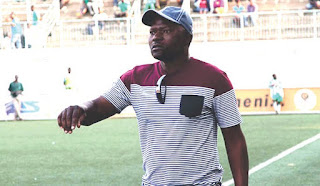 Race to play in the much decorated Castle Lager Premier Soccer League (PSL) next season has heated up as teams in the Eastern Region Division One league are doing their best with the games about to reach mid-season.
Teams from Manicaland have been dominating the lower league and are enjoying a wider gap at the top of the region's league.
Manica Diamonds, Tenax CS FC, Green fuel and army outfit Buffaloes FC occupy the top four positions respectively leading the race of securing the premiership ticket for Manicaland province.
Luke Masomere's Manica Diamonds FC are on pole position with 26 points from 10 matches followed by Tenax and Greenfuel who both tie on 22 points and Buffaloes on the fourth spot with 19 points from the same number of games.
Masvingo teams have for the past five years struggled to bring back premiership football to Mucheke Stadium despite having many teams formed in recent years.
Masvingo Pirates, United Lions and Masvingo United have struggled to reach top form since both teams are on 10 points and trapped in the bottom half leaving PSL hopes for Masvingo clubs in jeopardy.
For the past few years, Manicaland teams have proved to be the big guns in the eastern region although the teams have failed to make a mark in the country's top league.
Speaking to TellZim News Manica Diamonds head coach Luke Masomere said the race is still on considering the two teams behind them are trailing by only four points but his team has been playing exceptionally well.
"The competition is very stiff and we are leading by four points ahead of Greenfuel and Tenax so we have to maximize points every game and so far we have been consistent," said Masomere.
Matchday 10 saw log leaders Manica Diamonds thrashing Masvingo United 3-1 while Greenfuel were held to a one all draw by Zero One One FC while Bikita Minerals FC succumbed to a 4-2 loss against Buffaloes.sport
Share !