Home » Politics » ‘No councillor can do it alone’

‘No councillor can do it alone’ 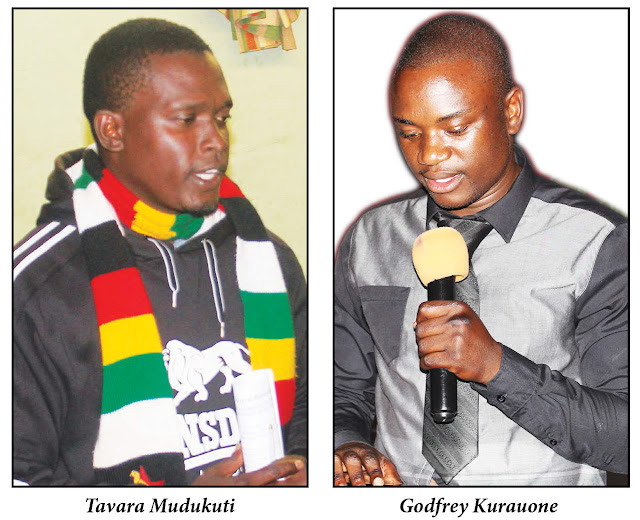 Masvingo Urban MDC Alliance Ward 4 aspiring councillor, Godfrey Kurauone and his rival from Zanu PF, Tavara Mudukuti will again lock horns for the second time on July 30, having faced off against each other for the first time in 2013.
The two met at Charles Austin Theatre on July 20 for a Tell Zimbabwe-organised public dialogue, with Kurauone seeking to make a point that he was still the right man for the job, while Mudukuti was out to present himself as a suitable alternative.
Kurauone told the audience that no individual councillor can take credit for any development as decisions are made collectively.
"We got into office in 2013 when council did not have a single vehicle as all had been attached following a costly labour dispute. In no time, we put our different political affiliation as councillors aside and cooperated in our efforts to retool. My own efforts in all this are there to see.
"Ours is the only city council which is up to date in terms of employee salaries and we have bagged 23 awards of service delivery.
In my own ward, I was instrumental in the establishment of a carpark that is being operated by the youth, with proceeds helping to sustain their livelihoods. The project was hijacked and made to benefit only Zanu PF-aligned youths, but I said fine, they are still residents of the ward," said Kurauone.
Kurauone said his next priority would be to see maternity wards being added to Runyararo Clinic as well as the building of a secondary school in the ward.
On his part, Tavara Mudukuti emphasised unity of the people across political lines, engaging the youth in planning, creation of temporary employment for the youth, sporting activities for all residents, corporate engagement and consultative leadership as the tenets of good leadership.
"In my community, some young people are abusing drugs because there is no recreation for them, and they are not being given enough space to be successful. There are many areas in which council could help for example by giving them priority when employing even on a part time basis.
"We want to create sporting facilities in the ward, we also want to have a consultative board that includes the residents. We want to engage business people to support the development of the wards. I will also play an oversight role in the development of ward 4," Mudukuti said.politics
Share !