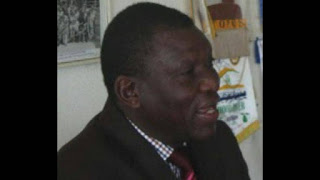 TellZim Reporter
Authorities will strongly oppose bail and seek the fast-tracking the trial of perpetrators of political violence before, during and after the July 30 elections, a senior officer in the Zimbabwe Republic Police (ZRP) Masvingo province has said.
Speaking at a Media Institute of Southern Africa (MISA)-organised discussion between the police and journalists on Friday, July 27, Assistant Commissioner Crispen Makedenge – who is responsible for police operations in the province – warned against provocation, intimidation, violence and other forms of electoral malpractice.
"As police together with other relevant stakeholders, we are going to speed up the finalisation of cases of politically-motivated violence. In Masvingo, we already have special courts set-up by the Judicial Service Commission (JSC) together with the National Prosecution Authority (NPA) to deal decisively with political violence without fear or favour," Ass Comm Makedenge said.
He said police will strongly oppose bail for those implicated in political violence as a way of sending a serious message to would-be offenders. Ass Com also called for greater cooperation and understanding between the police and media for the safety of journalists and the wider community this election time.
At another press discussion organised by Zimbabwe Union of Journalists (ZUJ) later in the day, candidates contesting for the Masvingo Urban parliamentary seat hailed local media for giving them fair coverage.
"We appreciate TellZim News, Hevoi FM and Wezhira Community Radio for allotting us space in their programming and covering our campaigns," said Francis Nyakurita, who is standing on a People's Rainbow Coalition (PRC) ticket.
National Patriotic Front (NPF) candidate, Michael Taderera thanked local journalists for what he said were their remarkable objectivity.
"The work you are doing is good. I have received fair coverage right from the day of the nomination court. There is, however, room for improvement so that people can make more informed choices on election day," said Taderera.
The sentiments were echoed by Herbert Chikosi, who represented MDC Alliance candidate; Jacob Nyokanhete, as well as by Sam Chapfundza, who is running as an independent.
Meanwhile, Zanu PF was more visible than any other party today, July 28, with loud yet peaceful campaigning and roadshows around the city.local