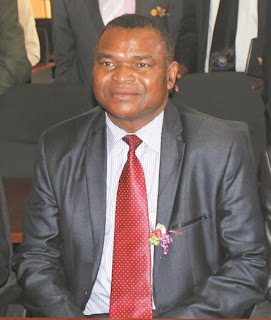 MASVINGO – Once and epitome of excellence in Masvingo province, Victoria High School has now become a reflection of its former self and parents with pupils at the school have petitioned Masvingo Provincial Education Director (PED) and the Ministry of Education over the mismanagement of the school by the school administration.
One petition has been signed online with over 200 signatories while a hard copy petition was delivered to the PED's office and the permanent secretary's office bearing over 100 signatures.
The parents are disgruntled over the abuse of funds and mismanagement which has seen the school buildings and other infrastructure depreciating while the John Muzamani led administration shows no sign of action to remedy the problem.
PED Zedius Chitiga confirmed receiving the petition from the parents and said he will do investigations to establish the truth of the matter and said action will be based from the findings of the investigations.
"It's true the parents wrote a petition with their concerns and we now have to do our investigations. If what they wrote to us is true then we will act and we are not taking the issue lightly because we also want our schools to develop," said Chitiga.
The permanent secretary in the ministry of Primary and Secondary Education Dr Silvia Utete Masango said there was no real issue at the school and accused one parent of influencing others against the school authorities.
"I visited the school, it was dusty and I told them to spruce it up but there was no need for parents to be that harsh to the school authorities, there is no genuine issue there. It is one parent who is influencing other parents.
"Parents should not over control school administrations, they will lose it," said Masango.
In their petition, the parents complained about poor pass rate, poor management and delivery of lessons as a result of teacher absconding lessons and some selling their wares during lessons.
They also complained that prefects were bullying other pupils and said there was illegal procurement and late delivery of school uniforms.
"We the undersigned parents of the children of Victoria High School petition for change at the school. Having been one of the top school, it is now well known that Victoria High School's standards are fast going down and it has become a worry among parents.
"There is poor security at the school, no gates at Temple house and broken windows, some children even sneak out through broken windows at night. We demand that the school authority restore and improve the standards of Victoria High School like before," reads part of the petition.
Share !