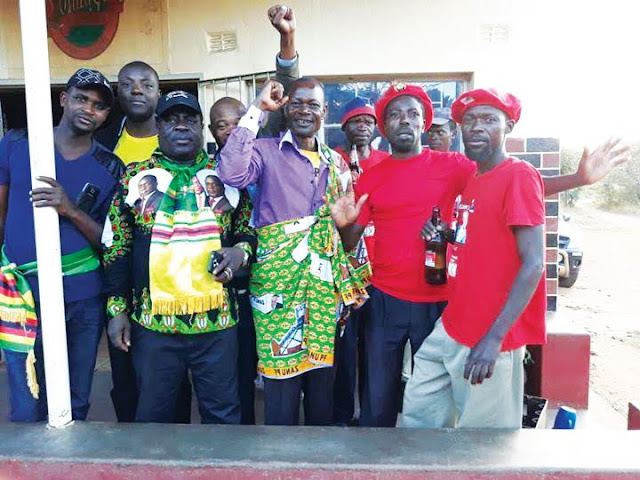 The mere mention of the name Engelbert Rugeje used to send cold shivers down the spines of many opposition supporters in Bikita.
Many people knew the now Rtd Lt Gen of the Zimbabwe National Army (ZNA) for his alleged role in the violence that engulfed Bikita and most parts of the province in the run-up to the notorious 20008 presidential election run-off.
Serving as the major general then, Rugeje also played a critical role in ensuring that Zanu PF got all the 26 constituencies in the 2013 harmonised elections.
The current Minister of State for Masvingo Provincial Affairs, Josaya Hungwe never misses an opportunity to remind those who care to listen that it was Rugeje's hand that saved Zanu PF in Masvingo in 2013.
Out Robert Mugabe and enter President Emmerson Mnangagwa who has ushered in a 'new dispensation' which retired Rugeje from the army and put him into politics as one of the most powerful man in Zanu PF; national secretary for the commissariat.
Many thought the appointment of Rugeje to the commissariat would mean Zanu PF will unleash violence again in the build up to the July 30 harmonised polls but that is proving to be frutless imagination.
As a man who has his roots in Bikita, Rugeje is constantly in touch with his rural folk and interacts with revellers at Nyika Growth Point regardless of political affiliation.
Two weeks ago, Rugeje was seen posing for a picture with both members of Zanu PF and MDC in their party regalia, an unthinkable thing during Mugabe's era.
Though Rugeje could not be reached for a comment, opposition supporters who spoke to TellZim News said it was amazing how people of all political parties can now interact without fighting.
"Rugeje hapana anotiudzira nekuti tinomuziva tega. Murume anga ane hutsinye zvekuti waitotya kupfeka regalia kana muchiziva ari kuno (We cannot be told about Rugeje because we know him firs thand. He was a brutal man and wearing party regalia when he was around took wild courage)
"Zviri kutotishamisawo kuti chii chakachinja Rugeje kuda. Kana zvisiri zvekunyengedza tinotenda Mwari nekuti tava kuzovhotera watinoda pasina kumbunyikidzwa (We are actually surprised by this new Rugeje. We hope it's his character now and we will exercise our right to vote without fear)," said an MDC supporter.
Another opposition supporter who paused for a picture with Rugeje said the man had changed dramatically and no cases of violence had been recorded or perpetrated against opposition supporters.
"We are going about our business without any threats and when we see Rugeje at Nyika growth point, we often ask him to buy us beer and when he has money he buys. We are very happy with this prevailing environment.
"People should know that politics comes once in every five years and people should not create enmity because we still have to live together in society. Violence has no place in our politics. If Rugeje has repented what more a mere supporter like myself," said an opposition supporter.
Very few cases of political violence have been reported in Masvingo province with the most recent one being of two Zanu PF supporters who got hospitalised after they were beaten by MDC supporters.
The front runners in the presidential race, Emmerson Mnangagwa and Nelson Chamisa have all come out to denounce violence and call for tolerance.top news
Share !