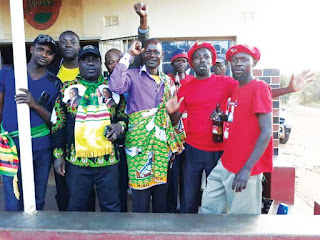 Zanu PF national political commissar, Engelbert Rugeje this week embarked on a peace campaign in Masvingo province.
Rugeje addressed rallies in Gutu, Bikita, Zaka and Masvingo districts emphasising the need for maintaining peace during the election period.
Addressing thousands of Zanu PF supporters in Bikita West constituency Ward 19, Rugeje pleaded for unity among party supporters.
"I know some of you liked (Beauty) Chabaya (Current Member of Parliament for Bikita West), while others wanted Elias Musakwa.
These two had huge followings during the primary elections but the majority chose Musakwa. I therefore plead with all of you to support Musakwa and President Mnangagwa," said Rugeje.
Rugeje, who comes from the same ward, said the country would only prosper if observers declared the elections to be free and fair.
"Don't be violent, allow the opposition to campaign peacefully because once the election is condemned by the international observers, we will not see any meaningful development in this country.
"Let us be kind to the observers when they come here, give them the information they request," he added.
If Mnangagwa wins the July 30 election, Rugeje said, the government would prioritise road rehabilitation programmes in the district. He said there was need to improve roads linking Buhera, Bikita and Gutu districts.
Speaking to TellZim News at the side-lines of the rally, Musakwa said his victory was certain.
"I am sure that victory is certain. I am going to win this election. I promise to improve health and education facilities in the constituency," said Musakwa.politics
Share !