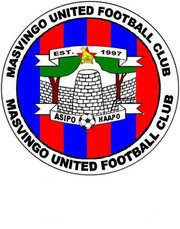 MASVINGO - Masvingo Pirates have been awarded maximum points by the football mother board Zimbabwe Football Association (ZIFA) after Masvingo United (Una Una) used unregistered players in an explosive derby at Mucheke Stadium a fortnight ago.
The match had to be played since supporters had already paid to see the game.
ZIFA Eastern Region manager Thadeous Machawira confirmed the development saying Pirates had already been awarded three points before the match was played because Masvingo United had only six registered players out of their 18 man squad.
"We only allowed the match to be played because people had got in to watch the game but it was more of a friendly and all the points where given to Pirates.
"Masvingo United only had six registered players in their squad of 18 man," said Machawira.
Dzinochekwa Baba, as Masvingo Pirates is affectionately known, took a two goal lead with goals from Pervington Zimunya who scored from the spot kick 13 minutes into the first half and Tawanda 'Funye' Mulenga's 38th minute superb header.
However Una Una's goalie was rushed to the hospital after he got badly injured while trying to intercept a cross which resulted in Mulenga's goal leaving the coach with no option but to bring his second choice goal minder.
To the surprise of the football fanatics who had come to witness the derby, no one showed up on the touchline to replace the injured goalkeeper forcing the referee of the day to bring action to a halt as Una Una were in search of a possible replacement on their bench.
Una Una could not find a substitute goalkeeper from their bench and they had to rope in someone from the terraces.
Action however resumed and they produced a dramatic comeback in the second half leveling matters to a two all draw thanks to seasoned forward Tichaona Zvandasara and new boy Joseph Zvingo.
Masvingo United has been the centre of controversy in recent weeks which saw the club being deserted by many players for greener pastures and the remaining players training once or twice a week.
In their previous encounter Una Una traveled to Buffaloes FC with only 12 players and they were thrashed 6-1 at Vhengere stadium in Rusape.sport
Share !